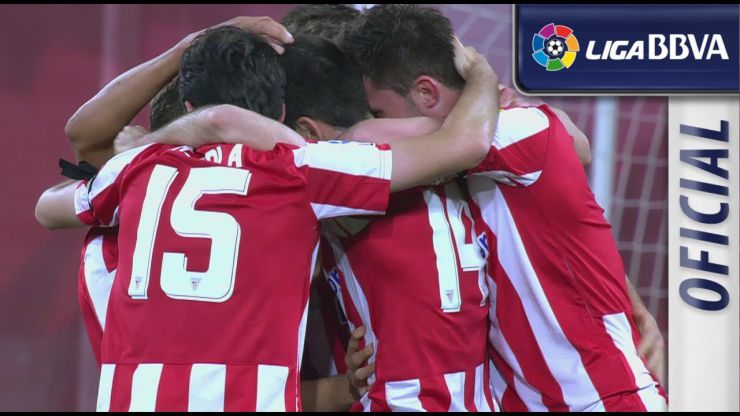 The Basque side won 1-0 at Getafe thanks to a magnificent goal from the midfielder from Eibar in the first half.

Athletic Club continued their run of victories at home with their 1-0 defeat of Getafe CF on the 29th matchday of the Liga BBVA. A beautiful goal from Markel Susaeta brought victory for the rojiblancos and makes things difficult for the Madrid side, who have failed to win in 14 matchdays.

In the first half the Basque team took control of possession and sought their opponents' net from the starting whistle. The Madrid team's solid defence managed to keep the score on zero until the 40th minute, when Athletic took advantage of a set piece to take the lead. After a nudge from an Ander Herrera free kick, Markel Susaeta popped up to score an incredible goal with a powerful strike from outside the box.

Aymeric Laporte, with his head, and Ander Herrera, with a powerful long shot, came close to extending Athletic's lead in the early stages of the second half. Gaizka Toquero, who came on after the break, could also have scored with a chip in a one-on-one with Jordi Codina, but his attempt was too high. Getafe, meanwhile, fought to the end for the draw, and Ciprian Marica had a golden opportunity to score. The shot on the turn from the Romanian, however, did not find the goal and the three points went to the home side.