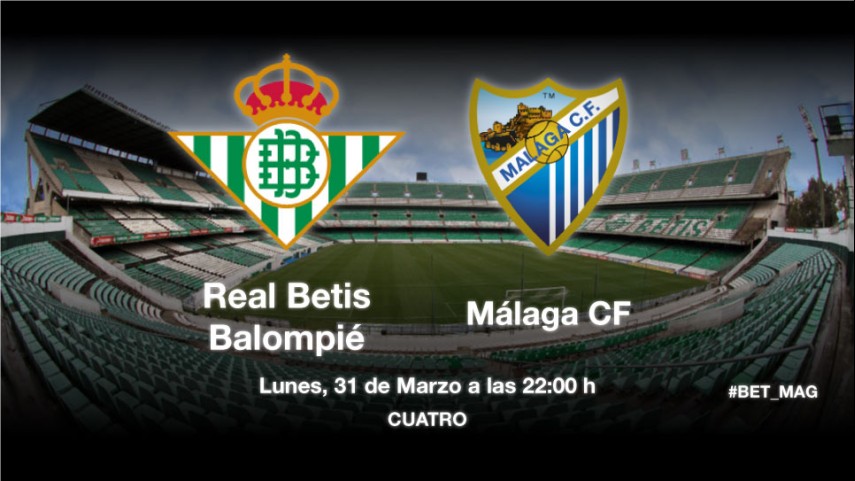 Betis and Málaga will meet at the Benito Villamarín Stadium for what will be their last chance to earn salvation and rescue their season.

Real Betis Balompié and Málaga CF bring to a close matchday 31 of the Liga BBVA with an exciting and crucial clash at the Benito Villamarín, where survival will be the only thing on the minds of the two sides.

Gabriel Calderón's team will make a desperate bid to claim the three points and keep alive the fight to avoid relegation with their second consecutive win of the season. But they will have to do it without several of their key players, such as Dídac Vilà, Caro, Xavi Torres, Chuli, Nacho, Nosa, Perquis, Amaya and Salva Sevilla, though injury, and Cedrick, though suspension. "For as long as it's mathematically possible to stay up, we’ll keep fighting", said the Betis manager.

Standing in their way will be Málaga, who will want to put last week's loss at La Resaleda against RCD Espanyol (1-2) behind them. Bernd Schuster’s side are not safe either and they are aware that they cannot afford any more slip-ups. "We have to go out onto the field with a winning mentality", said left winger Vitorino Antunes.