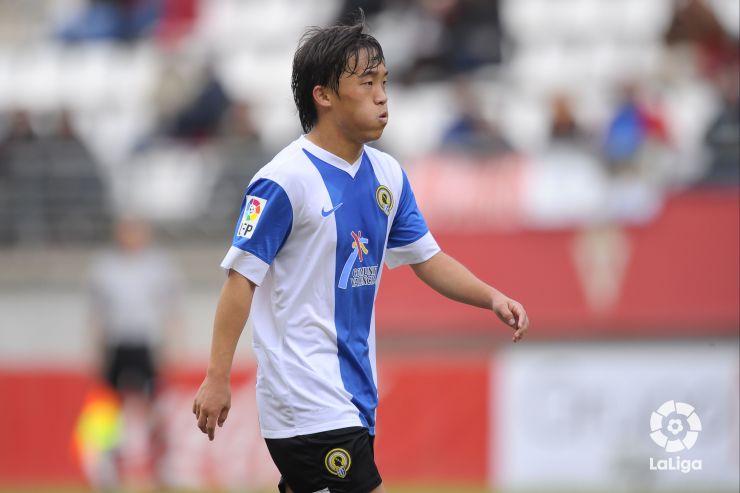 The Japanese player, who made his debut on matchday 15 of the Liga Adelante with the team from Alicante, is already turning heads in Spanish football.

Sugi Sukyta's Liga Adelante debut seems to have impressed just about everybody. The 21-year-old Japanese player, who has played two matches with Hércules CF against CE Sabadell FC and Real Murcia CF, has become the club's new rising star.

The midfielder made his debut on the 24th of November in the Rico Pérez stadium against Sabadell (3-0), winning over the fans and getting his first Liga Adelante goal. On matchday 16, Sugi gave another footballing masterclass against Murcia as well as starting the two moves that resulted in goals from Javi Portillo and Eldin Hadžić, which won the team the match. "He has some of the quickest feet I've seen", stated his teammate Portillo.

But he is not the only one to have been mesmerized by the player. FC Barcelona player Gerard Piqué also mentioned his admiration for the Hércules player on Twitter: "Watching Murcia-Hércules…I really like the Japanese player Sugi! He is quality!".

The youngplayer spoke of his excitement at what he is going through: "I am a bit shocked by the change, it has come very quickly, I have always tried to play at a high standard, I know what I have to do. I am still surprised that I am able to play here". Also, Sugi said that he wanted to "stay at Hércules, get some wins and be able to go up to the first division. I have to work hard, but I would love to be able to stay here".

The Japanese player arrived at FC Jove Español de San Vincente, the Alicante club's reserve team who play in the Tercera División, over a year ago. First team coach Quique Hernández discovered him this summer and he has been diligently training with the first team ever since.