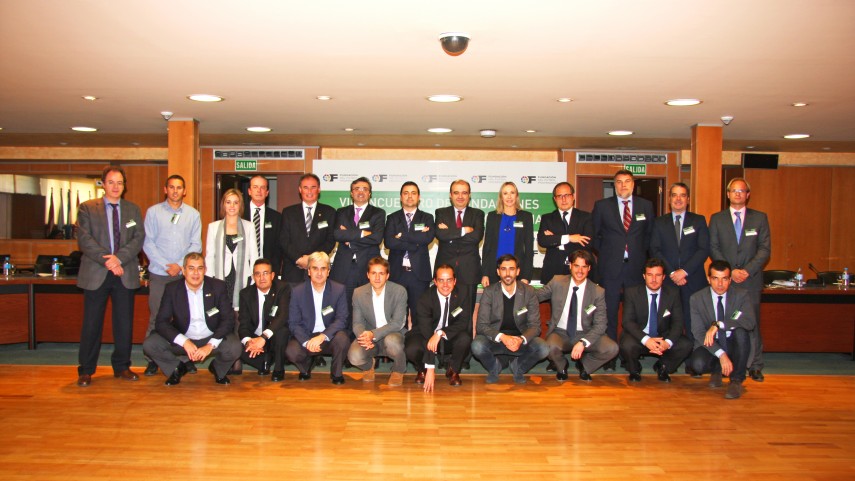 Success at the Eighth Foundations Meeting

The event, which brought together representatives of practically all the foundations of Liga BBVA and Liga Adelante clubs, served as a basis for the exchange of ideas and for strengthening relationships between foundations.

The Fundación del Fútbol Profesional organised the eighth meeting of all the football club foundations, analysing their current situations. In addition, the event demonstrated the way in which the foundations have been able to adapt to the changes brought about by the current economic situation, and how to prepare for the future and integrate themselves into the structure of the clubs and society. The meeting was also used to share various ideas on how to better meet the needs of the clubs’ foundations.

At the meeting, the past, present and future of professional football foundations was analysed. Julio González Ronco, General Director of the Fundación Real Madrid, oversaw the first debate and, together with representatives of the foundations of Athletic Club, RCD Espanyol, UD Levante, CA Osasuna and Deportivo Alavés, they agreed that the fundamental concepts for improving the operation of a foundation are acquiring a role within the club, carrying out activities coordinated with the club and with groups of interest and adapting finances to meet the actual work needs.

Olga de la Fuente, director of the Fundación del Fútbol Profesional, was responsible for opening the afternoon session of the meeting. De la Fuente explained the main functions of the FFP as well as the Fundación de la LFP's objectives. In addition, she highlighted social responsibility applied to professional football as well as activities that the Foundation has carried out since its establishment.

The day ended with a debate on the value of branding through the foundations. The round table was moderated by Germán Robles, director of the Fundación Atlético de Madrid, and it focused on promoting the role of the foundations within the clubs themselves. The foundations of FC Barcelona, Valencia CF, Sevilla FC and UD Las Palmas all contributed to this debate.

The meeting fulfilled all the goals set out, which were to gain a better understanding of the needs and common issues of football club foundations andto create better relationships between the foundations.