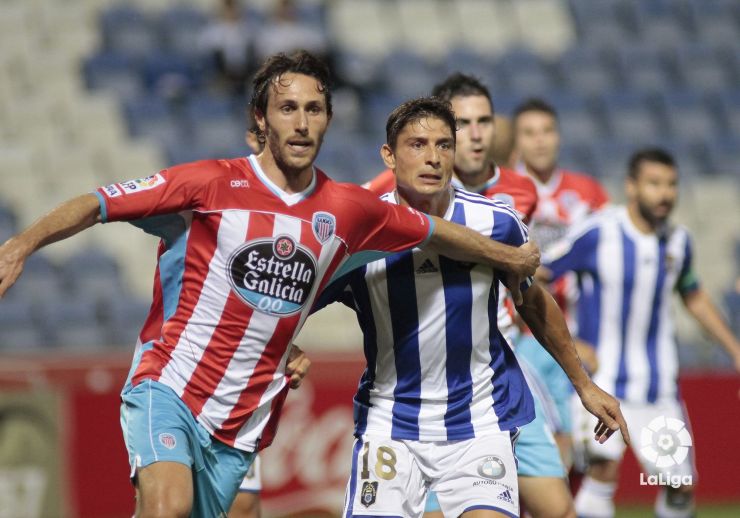 The leaders came back from 0-3 down to steal an important point from Lugo at home.

The Galician team produced an extraordinary first half in which Vincenzo Rennella, Álvaro Peña and Pablo Sánchez found the net to put their team three goals ahead. However, after the break, Sergi Barjuán's men rallied and managed to cut into their opponent's lead on two occasions through Cifu and Manuel Arana, providing the encounter with added excitement and suspense.

Just when it looked like Lugo would take three points and end Recreativo's run of six consecutive victories, a wonderful goal from Álvaro Antón from a direct free-kick sealed the final score of 3-3. Despite the draw, the team from Huelva still sits atop the Liga Adelante table with 23 points, while the Galician outfit is provisionally in third position.