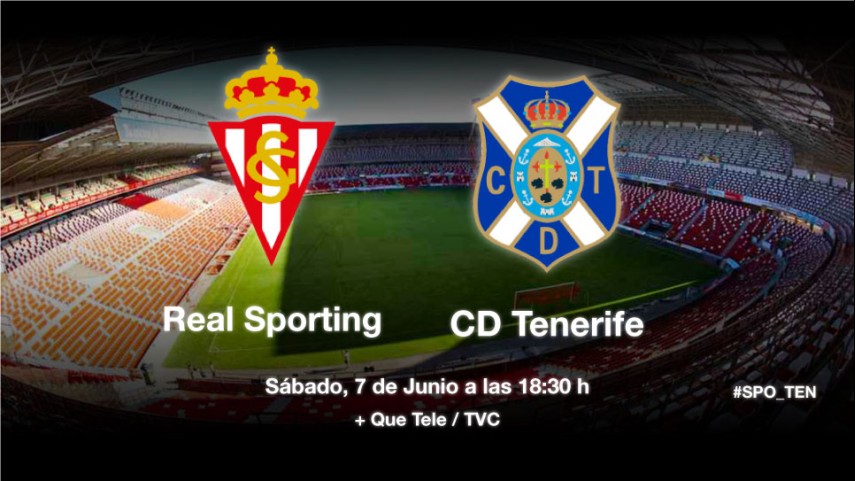 Sporting, one step from the playoffs

The Asturian team's goal of joining the battle for promotion to the Liga BBVA is in their own hands.

The final day of the Liga Adelante could be the scene of big celebrations in the Molinón. Real Sporting de Gijón, with 61 points, do not have to depend on anyone else’s results to bag one of the places in the playoffs for promotion to the Liga BBVA. Meanwhile, CD Tenerife are playing for pride.

Without any suspended players, but four names on the sick list (Hugo Fraile, Nacho Cases, Álex Serrano and Robert Canella), Abelardo has a great chance to top off the regular season in the best way possible and focus his efforts on promotion. The Asturian team will have the support of their fans in a packed stadium.

Tenerife, for their part, come to Gijón with nothing to play for, but they will be intent on making things difficult for the home side. The Canary Islanders will be without the injured Chechu Flores and Juan Expósito and the suspended Ricardo León and Édgar Méndez. In addition, Ayoze Pérez did not travel with the team.