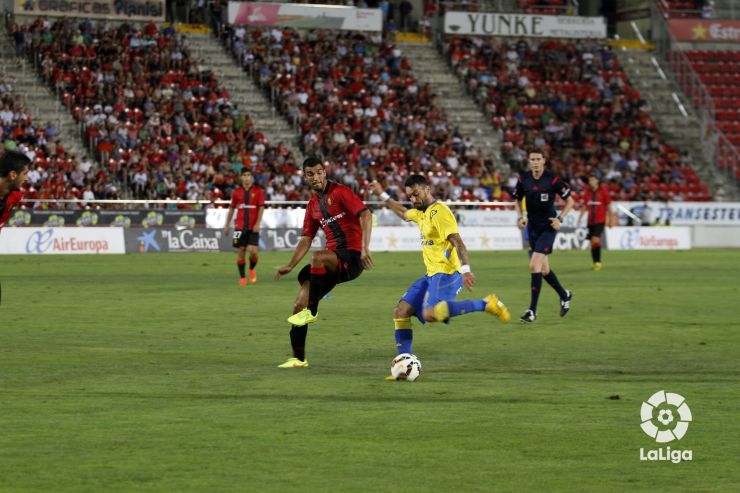 The Bermellones and the Canary Islanders drew one-all in the Liga Adelante thanks to goals from Araujo and Martí.

RCD Mallorca and UD Las Palmas drew 1-1 on Liga Adelante matchday two. Sergio Araujo, who had a slice of luck, and Pep Lluís Martí both found the net in a close match between the two island sides.

The Iberostar stadium staged an exciting first half, in which the Canary Islanders dominated Mallorca, who sat back and looked to attack down the wing through Michael Pereira. However, Araujo, who scored on the first matchday, opened the scoring after 12 minutes. Then came a period of frenetic play: Lluís Martí unleashed an unstoppable right-foot shot, to make it 1-1, and almost immediately, on the stroke of half time, Araujo hit the post.

The second half began at a similarly high tempo. Las Palmas again had the upper hand in attack, and would have taken the lead if not for the Mallorcan keeper Jesús Cabrero. He saved a wicked shot from Asdrúbal, before a chance fell to Nauzet Alemán, who failed to take it. The draw leaves Mallorca with one point from their games this season, while the Yellows have four from a possible six.