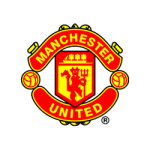 Two of the Spanish Liga BBVA teams in the UEFA Champions League group stages are to take on two of European football's big guns. Real Madrid CF are to host Juventus, while Real Sociedad de Fútbol will visit Old Trafford to take on Manchester United FC.

The Basque team, which has not had any luck in its first two matches of this year's UEFA Champions League, will be looking for a victory to keep its chances of advancing alive, therefore Jagoba Arrasate, the outfit's manager, has taken his entire squad to Manchester, with the exception of Esteban Granero who is injured. "The most important thing is the points. Although we know it is a different match", stated the Basque side's coach in the build-up to the match.

For their part, Carlo Ancelotti's Whites will measure up against an old foe, Juventus. Xabi Alonso will not play for the Spanish team, despite the player from Donostia having returned to the squad. Ancelotti is clear on the perils presented by his opponents: "They are dangerous on the counter and they have Andrea Pirlo, who is extraordinarily gifted", said the Italian coach in the pre-match press conference.