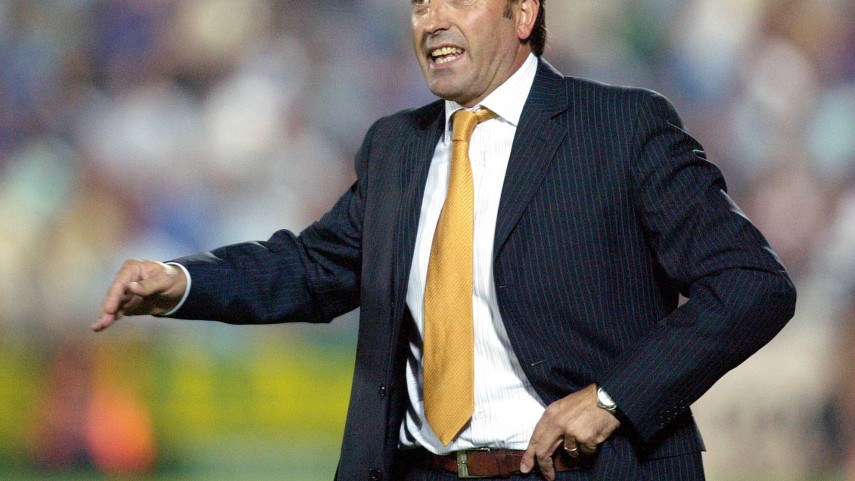 To speak of Miguel Ángel Lotina is to speak of football. A native of Meñaca (Basque Country), he is one of the most experienced managers in the beautiful game. With more than 400 matches at the helm in the Liga BBVA, Lotina's CV includes a long list of sporting achievements including two promotions to the Liga BBVA (CD Numancia, in 1999, and CA Osasuna in 2000) and a Copa del Rey with Espanyol in 2006.

Miguel Ángel Lotina took the reins of a team for the first time in the 90s. It was a turning point in the history of football management. "In my era", commented Lotina, "managers such as Joaquín Caparrós, José Manuel Esnal 'Mané', Juande Ramos and myself, among others, filled a space occupied by ex-footballers who were no so concerned with the tactical side of football", he explained to lfp.es in the context of the debate on 'Reforms to the Spanish Association of Professional Football Managers' held on Tuesday.

His generation of managers began to work on more innovative tactics and techniques. Something very similar is happening now. Both the dressing rooms of the Liga BBVA and those of the Liga Adelante are occupied by young coaches who, as Lotina explained, "have brought new ideas and are much better prepared, not only in terms of tactics, but also on the physical side, for the application of new technology, ways of working or training". The coach stated "it is evident that Spanish management has greatly improved in recent years and you have to give way to fresh faces", and later claimed "these managers are very well prepared and you have to make way for them".

Lotina confessed his interest in the Liga Adelante, and he gave his expert opinion on the demanding competition we are going to witness this year. "So far there are a few teams I like", said the manager. "I really like what CD Mirandés and RC Recreativo de Huelva are doing, but it is still very early to make a bet".

"The weight of history is always very significant", argued Lotina, "but so is the budget". The manager from Meñaca mentioned his last team by way of example, RC Deportivo de la Coruña: "The previous time it was relegated it had a budget of 20 million euros, and this season it is much less so it has had to adapt and change the way it competes". He concluded his analysis by choosing his favourites for promotion to the Liga BBVA: "This season is going to be tough and very competitive for everyone, but in the end, I think logic says Zaragoza or Mallorca go up".