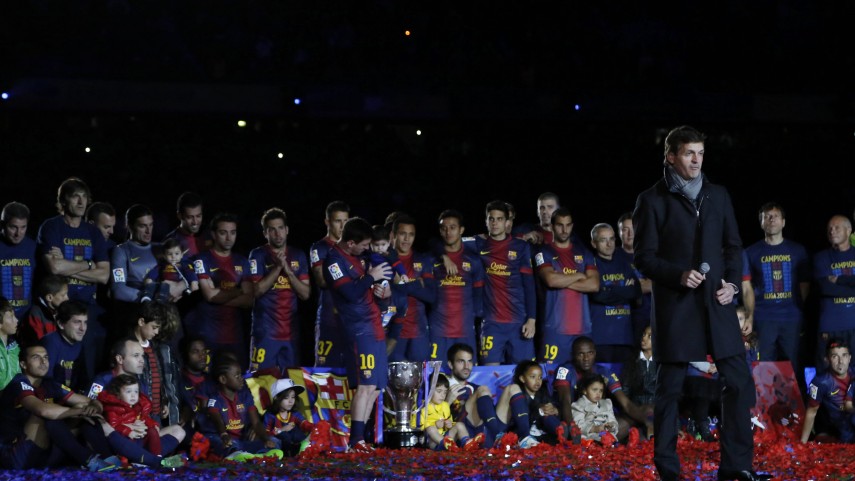 Different personalities from then world of football have shown their grief following the former Barcelona manager's death.

Shortly after learning about Tito Vilanova's passing, the coach who was one of the chief exponents of Barcelona's style, various personalities in the world of Spanish football have sent their condolences.

Josep Maria Bartomeu, president of the Catalan side, was one of the first to remember Vilanova: "Tito Vilanova was a wonderful person, and will never be forgotten at FC Barcelona. Thank you for everything you taught us. Rest in peace". Meanwhile, LFP President Javier Tebas also wanted to express his condolences. "A great coach and person has left us early", he said.

UEFA president Michel Platini also expressed his sadness at Vilanova's death, saying: "He was a great person and a fantastic coach who will always be remembered for his work at FC Barcelona. I send my condolences to Tito's family and to the club."

Víctor Valdés, Cesc Fàbregas, Andrés Iniesta, Pedro Rodríguez and Dani Alves also expressed their sorrow via social media. "Tito Vilanova, one of the best coaches I've had in my career", were Valdés's words, whilst Pedro said: "I'll never forget you!! Thank you for being part of my life and for being an incredible person". "Tito, thanks for everything that you have given us in football and at Barça. All culés will be eternally grateful to you", finished Cesc.