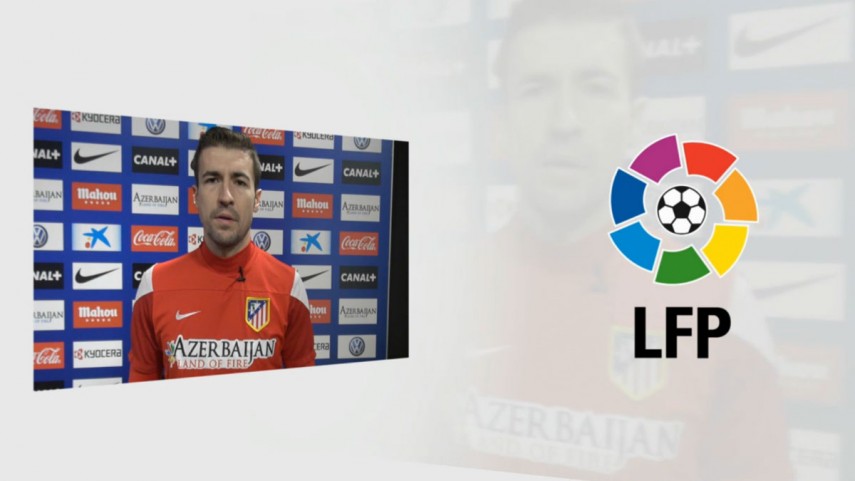 The clubs and SADs (Public Limited Sports Companies) of the LFP were represented by Atlético de Madrid and Rayo Vallecano.

Enrique Cerezo, the president of Club Atlético de Madrid, and Paco Jémez, Rayo Vallecano manager, accompanied the Liga de Fútbol Profesional in the presentation of the anti-piracy campaign that took place at the LFP headquarters on Monday morning.

The initiative, which has the support of all the clubs and SADs in the Liga BBVA and the Liga Adelante, was presented under the slogan 'By contributing to piracy in football, you are harming your team'. The president of Atlético de Madrid, who is also very familiar with the cinema industry, explained that "the fight against this issue has been going on for more than 30 years" and went on to say that "it is important that laws are demanded to put an end to audiovisual fraud". Cerezo finished off by reminding those present that "anyone who partakes in piracy, be it of a football match or a film, is stealing".

Rayo Vallecano manager, Paco Jémez, also showed his support for the campaign. "I hope this initiative will help some people to realise that what they are actually doing is harming their teams and that it helps eradicate it". The coach stated that "people do not realise that whenever they download a football match, they are committing a crime".

The event was also attended by two of Spanish television's most important experts on international football, Julio Maldonado 'Maldini', of Canal Plus, and Axel Torres, of GolT. 'Maldini' said that "we are burdening Spanish football, it is a scourge that must be combatted", adding that "it is a virus that has to be attacked at the root". Axel Torres, for his part, explained that "people all over Europe know that you have to pay to watch football" and closed by saying that "we have to fight to defend copyrights, be they in cinema, music or sport".