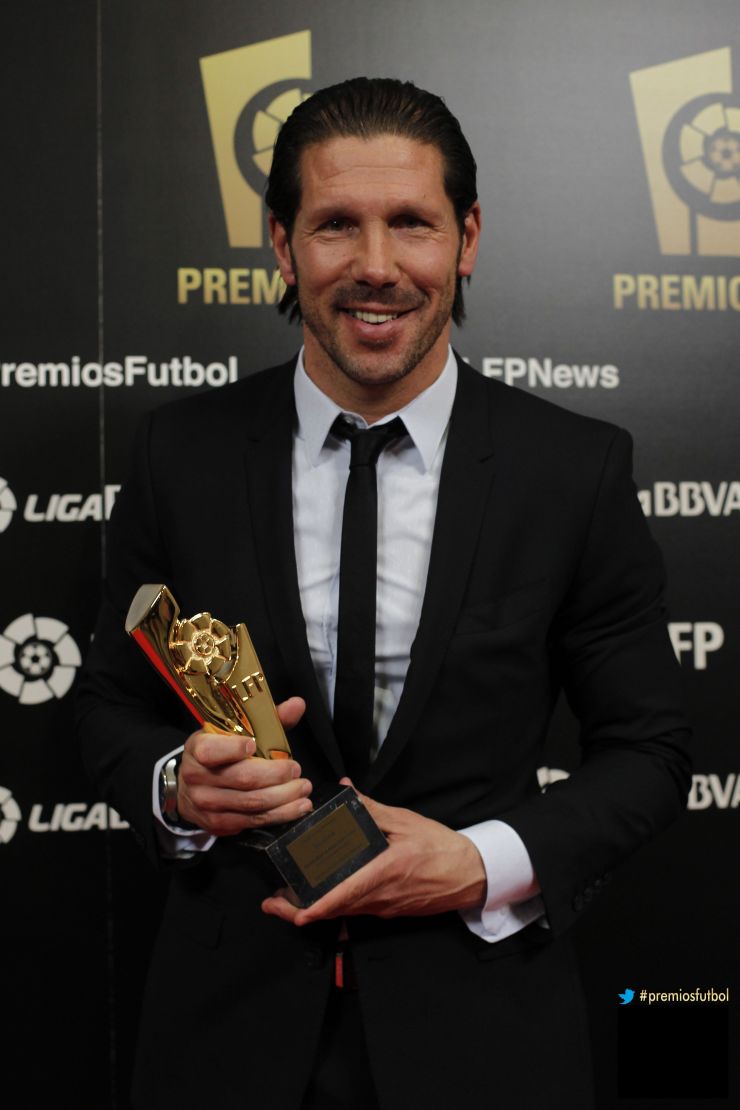 Simeone, the Best Coach in the Liga BBVA

Atlético's manager won the Copa del Rey and led his team to a fantastic third-place finish in the 2012/13 season.

Having nearly pulled the strings at Club Atlético de Madrid for two years now, Diego Pablo Simeone's time with the rojiblancos has been recognised with the award for La Liga's best coach.

"It is my first prize as a coach in Europe. I would like to thank my players for their effort and commitment, they have allowed me to receive this award, and I would like to share it with my coaching staff, and to dedicate it to my children, who are not with me and they are my strength",
explained Simeone.

The Argentinian's figures are the best of any manager in the history of the Madrid club. His time as a coach began in 2006 and he signed for the side five years later; his two years since have been unforgettable. His contagious desire to win has taken hold of the squad, he has imposed his one-game-at-a-time philosophy on the players and above all he has given the team the strength and balance needed to win over the side's fans.

Since his arrival at the club, Simeone has collected several titles: the UEFA Europa League, the UEFA Super Cup and the Copa del Rey. But it is not only titles that demonstrate Simeone's great labour at the helm of Atlético. The team's performances reflect the impeccable tactics of the Argentinian who has constructed one of the most reliable groups in Spanish and European football.