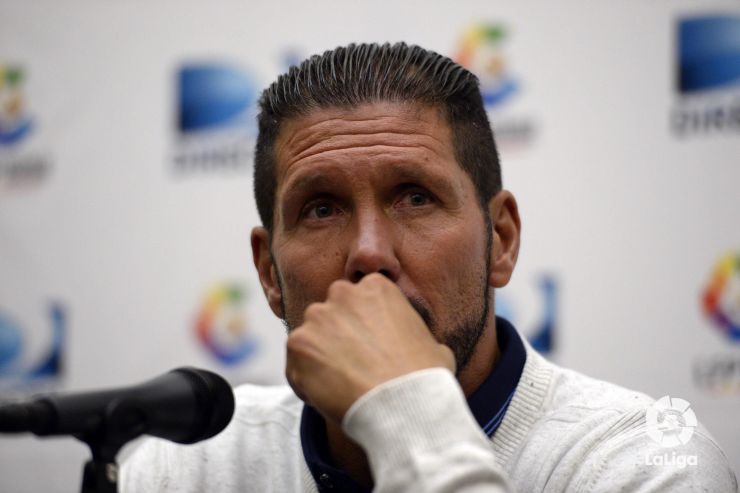 The Spanish side’s manager seemed happy with his players’ performances in their first match as part of the LFP World Challenge tour against the San Jose Earthquakes, while Miguel Ángel Moyá expressed his satisfaction after keeping a clean sheet in what was his first start with the club.

After beating Major League Soccer’s San Jose Earthquakes in a penalty shoot-out in what will go down as the last game ever to be played in San Francisco’s legendary Candlestick Park, the Liga BBVA champions were in buoyant mood.

The Atlético manager, Diego Simeone, expressed his happiness regarding his players’ performances in their first game as part of the LFP World Challenge tour, highlighting the first half in particular. The Argentinian manager took a lot of positives from his team’s first test during the pre-season.

"It was a very dynamic match. We were up against a competitive side, and as the footage we’ve seen of them suggested, a very fast side. I feel very good about this game because it served us well. The tempo was quick during the first half and there was a lot of movement. We can take a lot of positives from this. And we can leave with the feeling that we won on penalties, the first time we have ever done so. That makes me very happy", said Simeone in his post-match press conference.

Meanwhile, the team’s goalkeeper, Miguel Ángel Moyá, pointed out that the team’s level of concentration in defence allowed them to keep a clean sheet. "The aim was to overcome any danger that came our way. Atlético is a side that tries to concede as few chances on goal as possible, and as such we have to be extremely focused whenever the opposing side approaches our box. Whenever you think about your debut, you are completely focused. One of a goalkeeper’s strong points has to be his ability to concentrate, and although it was a friendly match it was important for me. I feel good after this game", declared the goalkeeper.

Moyá’s assessment of the team’s experience in California, Atlético’s first stop on the LFP World Challenge tour, was very positive. He also spoke about the upcoming trip to Mexico, where they will take on Club América. "Our time in California has been different, it is experience away from home, spending a long time on a plane and having to adapt to the time difference. So far we have coped well with it and the more days that go by the easier it will become for us. We hope to do something similar in Mexico: get there without any problems, rest and train well ahead of the match. It will probably be a great game in the Aztec Stadium, against a well-known side. We will try to play our best football in order to win the game", concluded Moyá.