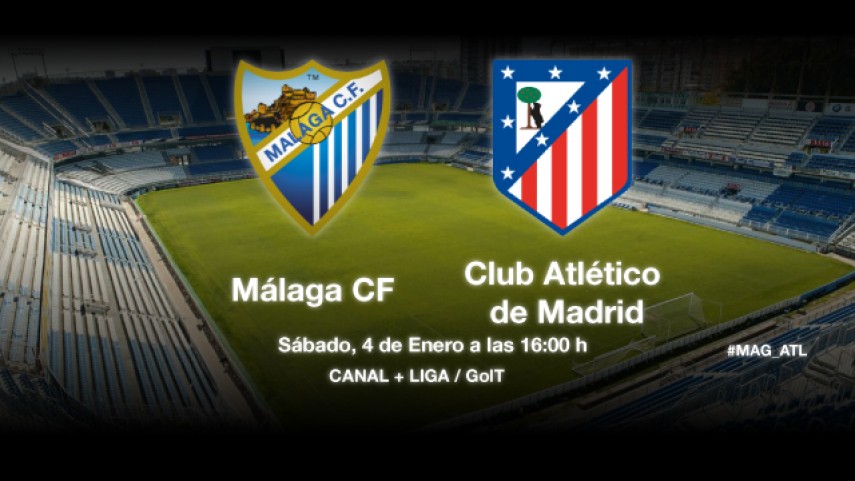 Simeone, back to where it all began

The Argentinian made his debut at the helm Atlético in La Rosaleda and he is now returning to the scene to defend his joint leadership against a Málaga who managed to win its last two matches of 2013.

Diego Pablo Simeone returns to the stadium where his so far triumphant mission with Club Atlético de Madrid began. The Estadio de La Rosaleda hosts the co-leader of the Liga BBVA to open a 2014 in which Málaga CF is hoping to improve.

"We have to stay hungry, excited and committed because the Liga is going to be very demanding in the coming months. We are raring to go, but the match against Málaga will be tough", stated Atlético's Argentinian manager. José Sosa is now available for selection, although he will not be used in the year's first clash, and Simeone will be without two important players, Gabi and Raúl García, who are serving a ban.

Málaga's coach, Bernd Schuster, will also be missing a couple of players as Fernando Tissone is suspended and Mounir El Hamdaoui has an injury. "The team is starting to gain confidence and we are going to continue in the same vein as the last five matches. We are not nervous, we have a good enough squad and we have the chance to bring in someone new in the winter transfer window", declared the German in the press conference before his match against the club he served as a player.