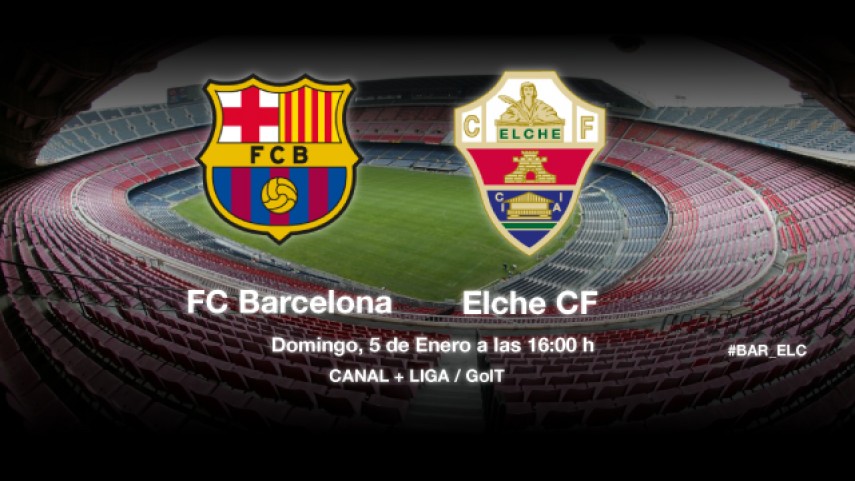 Sights set on the top

Barcelona will be looking for the three vital points that will keep them at the top against an Elche who have lost their last three matches.

FC Barcelona will be bidding to beat Elche CFon matchday 18 of the Liga BBVA in order to stay at the top of the standings, level on points with Club Atlético de Madrid,while their opponents will be hoping for a good result after three defeats on the trot.

The azulgranas come into the match against Elche with Víctor Valdés back between the sticks, after being sidelined since November, as well as Xavi Hernández, although Dani Alves and Sergio Busquets will miss the game, the latter due to a suspension. Of his opponents, Barça's coach Gerardo Martino noted that it is a club that "has had some good results and that the league can be lost against them too".

For their part, and despite not picking up any points from their last three games, Elche's manager, Fran Escribá,was feeling confident before the meeting in the Camp Nou: "Although nobody has got any points there we are going with the intention of getting some. We have to be brave and try to score because it is hard to thank that they won't find the net".To do so, the manager will be without the injured Manu Herrera and Coro and Damián Suárez who are serving bans.