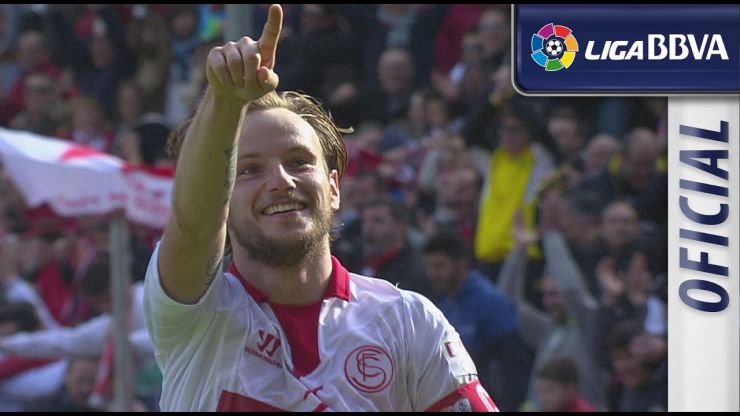 Sevilla still on the up

The Andalusian side eased past a Getafe who were always on the back foot. Víctor Machín, Bacca and Rakitić were the goal-scorers.

Sevilla FC is off to a good start in 2014, defeating Getafe CF in the matchday 18 Liga BBVA clash. The victory means that the club from Andalusia now occupy a position that provides European football next season.

Unai Emery's men took the initiative from the kick-off. Getafe looked intimidated by a Sevilla who were bombarding Miguel Ángel Moyá's goal. A shot from Kevin Gameiro that rattled the post and another from Federico Fazio that was just wide of the mark preceded a goal from Víctor Machín 'Vitolo'. The Canary Islander slotted past Moyá after a sweet ball from Carlos Bacca to open the scoring.

Sevilla's dominance continued after the break, making the most of the space left by Getafe as they looked to equalise. But the home team did not give their opponent a look-in and Bacca finished off a move that began with an Ivan Rakitić free-kick. It was the Croatian who later put the final touches on his side's victory in the Estadio Ramón Sánchez Pizjuán.