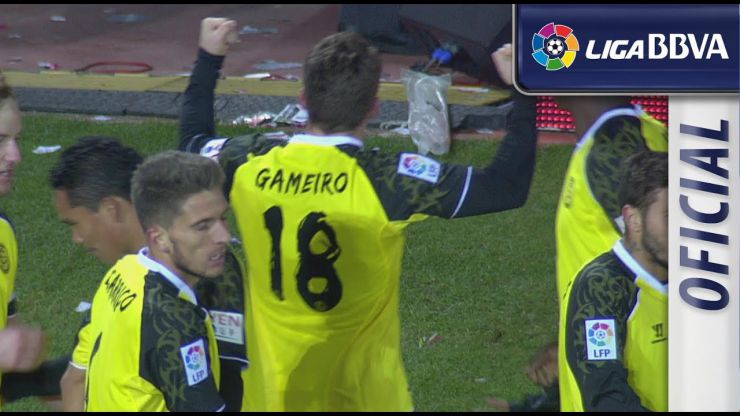 Sevilla took an important three points at Granada which leaves them one point away from the continental spots.

Sevilla FC downed Granada CF on Sunday 1-2 in the 15th round of Liga BBVA, a result which leaves them just one point off the European places.

The match started with few chances in the opening minutes. Only Diogo Figueiras came close, as he worked Roberto Fernández in the Granada goal after six minutes. It was on 23 minutes when the game’s next opportunity arrived, one which resulted in the away side taking the lead. Carlos Bacca took advantage of an error by Jeison Murillo to put his side in front. Granada were close to levelling things up before the break but the score remained the same.

In the second half, the home side made their presence felt, pressuring Beto’s goal, eventually levelling the score line through Yacine Brahimi’s strike. After this equaliser both sides had chances to go ahead, but it was the away side who took the three points 1-2 thanks to Kevin Gameiro’s 87th minute goal.