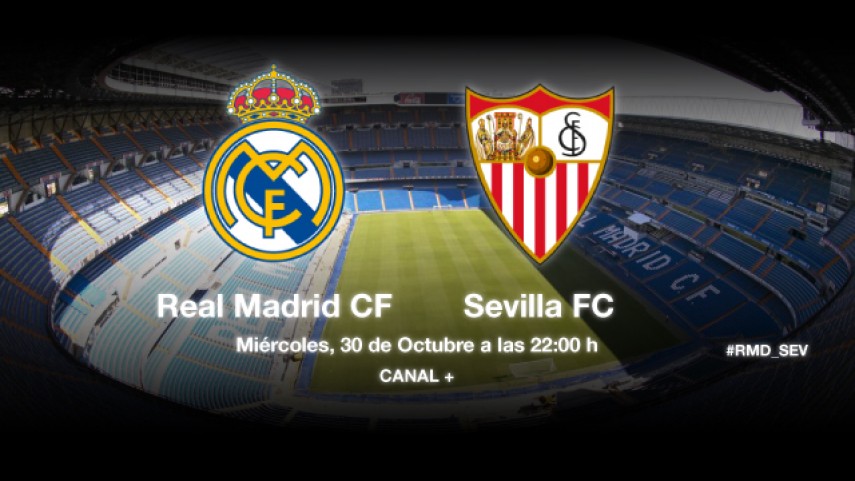 Sevilla look to maintain their run at the Bernabéu

Real Madrid, after losing at the Camp Nou in the last round of fixtures, will look to end the Andalusian side’s run of five games without defeat.

Third placed Real Madrid CF will look for victory in order to keep pace at the top of the table. Sevilla FC, for their part, will go into the match at the Santiago Bernabéu with the intention of maintaining their run of five games without defeat.

Carlo Ancelotti has decided to select all of his squad for this game, including Xabi Alonso, who returns from six months out. The Italian coach affirmed in his pre-match press conference that Sevilla "are very well organised, and that means we must play with intensity from the first minute until the last. We have to give our all and continue to play better football".

Meanwhile, Sevilla's manager Unai Emery highlighted the difficulty of winning, but said what he thought might be the key to doing so. "It’s a difficult stadium, against a rival who lose very few points at home. We know we need to play a good game. The idea is to be defensively a side who cut out passes, helping each other out. We're capable enough to believe that we can win".