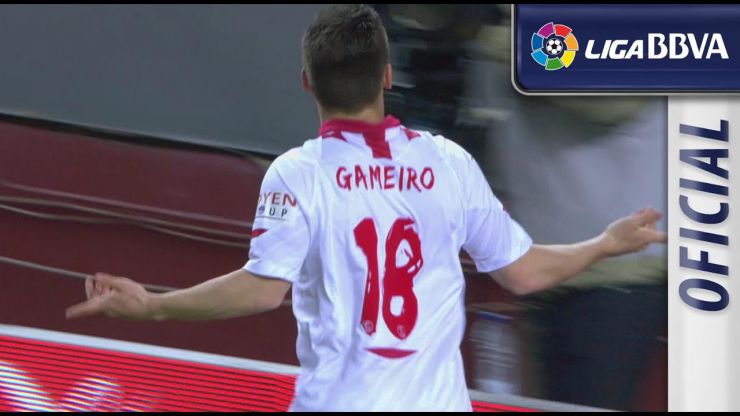 Sevilla knock on the door

The team from Seville have taken another step towards the European spots after beating Real Sociedad through a Gameiro goal.

Sevilla FC beat Real Sociedad de Fútbol by the narrowest of margins through a Gameiro goal. Sevilla remain in seventh place in the Liga BBVA, five points behind the team from San Sebastián, who are sixth.

The Sánchez Pizjuán was the venue where two of the teams that have their sights set on Europe this season met. The game got off to a furious start. Both teams had chances to score, particularly the home side, who threatened Claudio Bravo’s goal through José Antonio Reyes and Carlos Bacca, the two liveliest players for the Seville team. Real, though bettered at times by Sevilla, never gave up and went into half time having persistently sought the back of Beto’s net.

After the break there was nothing between the two sides. Sevilla, more lively again, went after the goal, and it came in the 77th minute, when Kevin Gameiro found himself alone in front of the keeper and made it 1-0. Unai Emery’s side transferred their superiority on the scoreboard onto the field and they could have extended their lead, but Real were able to hold out and worked hard for the equaliser, though without success.