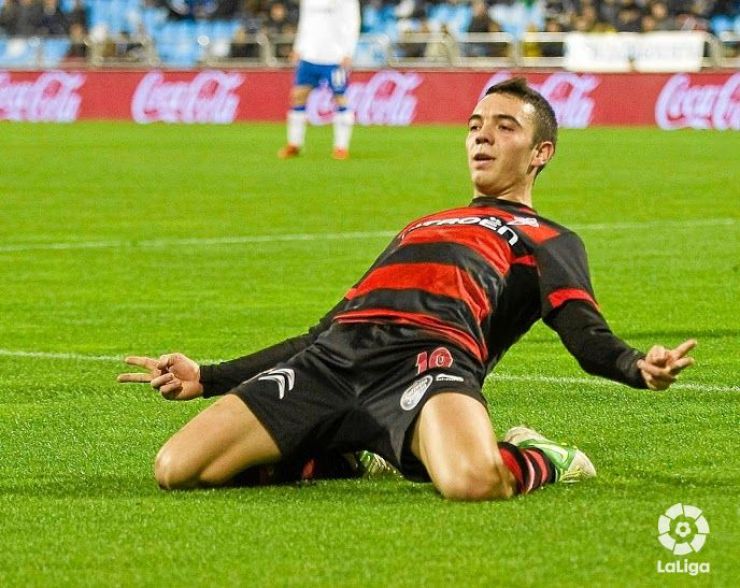 Sevilla get Iago Aspas on loan

The Andalusian side has announced the beginning of an agreement with Liverpool to bring the ex-Celta player to the Sánchez Pizjuán.

Sevilla FC continue their preparations ahead of the upcoming season. After signing Aleix Vidal and getting Denis Suárez on loan, the Seville outfit has now announced a loan deal with Spanish player Iago Aspas, who is currently under contract with Liverpool FC, for next season.

The current UEFA Europa League holders also announced on their website that the deal between the two clubs "is subject to the Galician footballer passing a medical and the signing of contracts which have been drafted by both clubs".

Aspas is well versed in Spanish football. A product of the RC Celta de Vigo youth academy, the Pontevedra-born player took a step up during the 2011/12 season by scoring 23 goals in the Liga Adelante, helping the Sky Blues gain promotion to the Liga BBVA. Sevilla will also have an option to buy the Galician forward at the end of his loan deal.