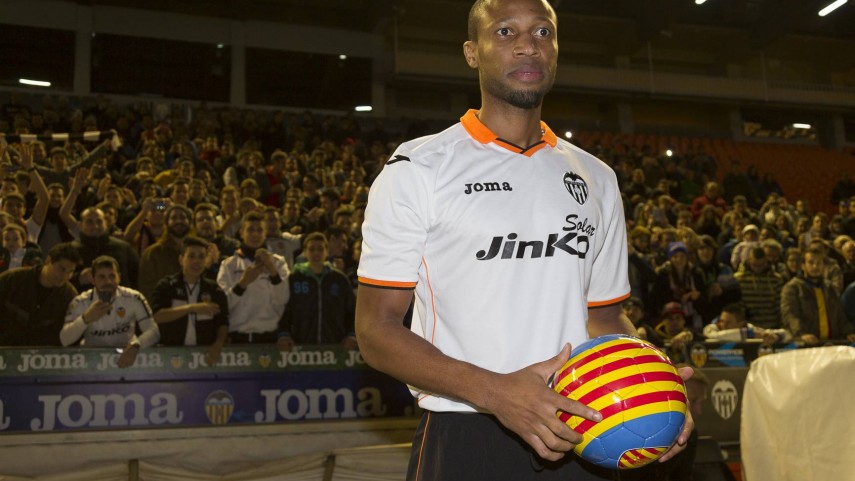 "Sevilla gave me the opportunity to be where I am now"

Seydou Keita signed for Valencia in the winter transfer window and could make his debut for the 'ché' on Sunday in a stadium he is already familiar with, the Ramón Sánchez Pizjuán.

Seydou Keita (Mali, 1980) returned to the Liga BBVA just two weeks ago, when Valencia CF decided the Mali international was the man they needed to add steel to their squad for the final stretch of the season. In this time, and after a few days settling in, Keita could make his debut as a ché player against Sevilla FC, the side with which he burst onto the international stage.

LFP.es: What is the atmosphere like at Valencia? Were you surprised by anything?

Keita: It is a really quality team with some great young players. We won the last two matches, so now we have to concentrate on keeping up our form.

LFP.es: What are Valencia's goals for the rest of the season? Keita: We have to fight in every match. Valencia is a team that has always played in the UEFA Champions League or the UEFA Europa League, so we have to give our all to get there and work hard in order to reach that level.

LFP.es: What can you contribute at Valencia? Keita: I hope to provide what I provided at Sevilla and FC Barcelona. That is, being a player who gives 100%, who runs and works hard and sometimes scores goals. I want to do the same at Valencia, giving my all on the pitch. Now I have to prepare myself properly. I played in the Liga BBVA five years ago and everyone knows me and knows what I can and can't do.

LFP.es: What were your first impressions of the squad and the manager, Juan Antonio Pizzi?

Keita: It is a very young and energetic dressing room. Also, the manager is a winner and you can see that personality in the dressing room. He is very demanding in the matches.

LFP.es: His experience in European football could be very valuable, especially for the younger players in the squad…

Keita: I am a player just like the rest. It is true that I am very experienced, but now I have to work hard. It is true that it will be much easier to help the younger players but in football the most important thing is what happens on the pitch, because it doesn't matter if you are a 20-year-old kid who works hard or a 30 year old, what happens on the pitch is the important thing.

LFP.es: You have a very important match this Sunday… what memories do you have of your time at Sevilla?

Keita: I was only at Sevilla for a year, but it was the year in which everyone in Spain came to know me. It was a really good year, both personally and as a group. Everything went well, I played well and scored goals. I had a good relationship with the club and the fans, because I always gave everything, both on and off the pitch. I am very happy with my year at Sevilla.

LFP: Could it be said that your breakthrough as a player came at Sevilla?

Keita: At RC Lens in France I was the captain and the last year before coming to Sevilla I was among the best players in Ligue 1. But at Sevilla came the breakthrough that took me to Barcelona the following year. I have a lot of respect for Sevilla, who gave me the opportunity to come to Spain and to be where I am now.

LFP: Which match with Sevilla do you remember most fondly?

Keita: There are a lot of matches, but the Sevilla – Real Madrid CF game, where I scored a long-range goal, I think that was a great one. From that day the fans loved me until the end.