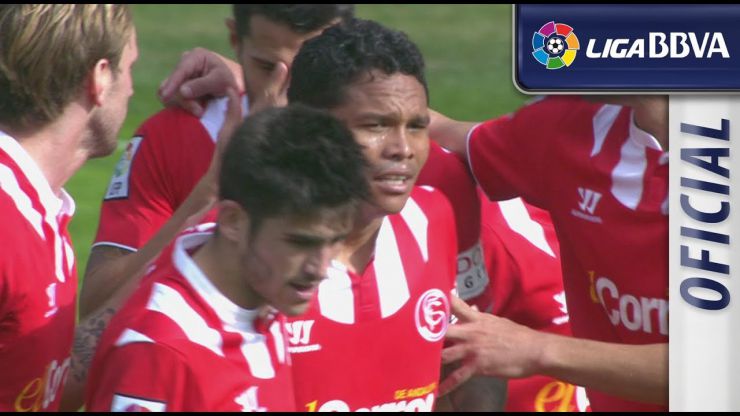 Sevilla finally wins away from home

The Andalusian side has put an end to its spell of more than 13 months without taking three points as a visitor by beating Espanyol.

Sevilla FC’s run of more than a year without an away victory in the Liga BBVA has come to an end after the club beat RCD Espanyol 1-3. Unai Emery’s understudies made the most of a barnstorming start to take three points home from Barcelona.

The first half of the match was a thriller. The team from the south scored two goals in the first ten minutes to take a 0-2 lead. Federico Fazio, who latched onto the end of a great cross from Iván Rakitić, made the first dent in Espanyol’s armour, while Víctor Machín 'Vitolo' doubled his team’s advantage with a glorious strike. Despite the score-line, the home team did not let their heads drop and managed to cut the deficit through Sergio García, who beat Beto from inside the box.

After the break Espanyol regrouped, but a great move from Carlos Bacca ended in a third goal for the Andalusian side and victory for Sevilla in the Estadio Cornellà - El Prat. The result means that Emery’s team has 16 points, putting them in the middle of the table.