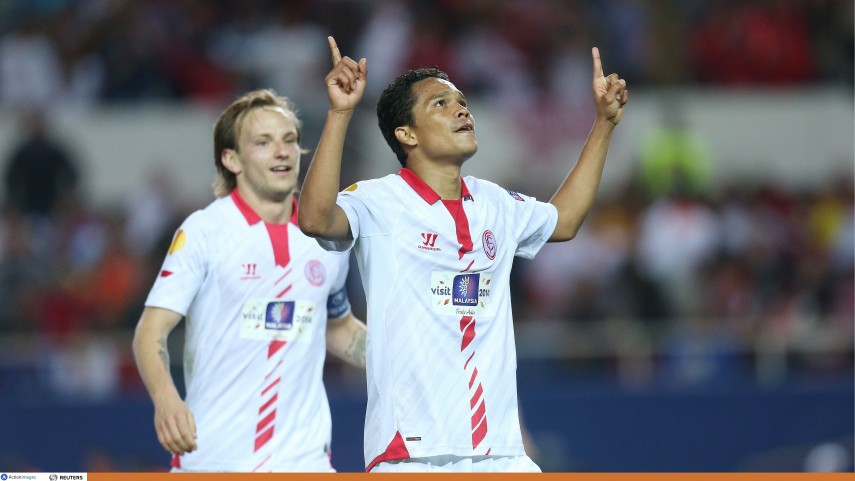 Goals from M'Bia and Bacca gave them an important victory over Valencia, who will have to rally next Thursday in the return match in the Mestalla.

Sevilla FC beat Valencia CF 2-0 in the first leg of their UEFA Europa League semi-final. The Andalusians will travel to the Mestalla with a lead that means they have one foot in the door of the final, which takes place on the 14th of May in Turin.

The home side took a 2-0 lead into the break, despite Juan Antonio Pizzi's men, who had few chances on goal, putting in a solid performance in the first half hour of the match. The Ramón Sánchez-Pizjuán faithful were first brought to their feet by a move from a set-piece, which Stéphane M'Bia managed to finish off with a superb backheel. Three minutes later, Carlos Bacca turned up on cue to rifle another past Vicente Guaita.

It was a hammer blow for the visiting side, who could have conceded a third early in the second half, but their keeper saw off some clear chances for Federico Fazio and Ivan Rakitić. Valencia did not give up and as the final whistle drew near, instead they pressured Unai Emery's men and unsuccessfully tried to cut the deficit. Jonas had the best opportunity and Eduardo Vargas crashed one into the crossbar moments later. The result means that the home team have the momentum going into the second leg on the 1st of May in the Mestalla.