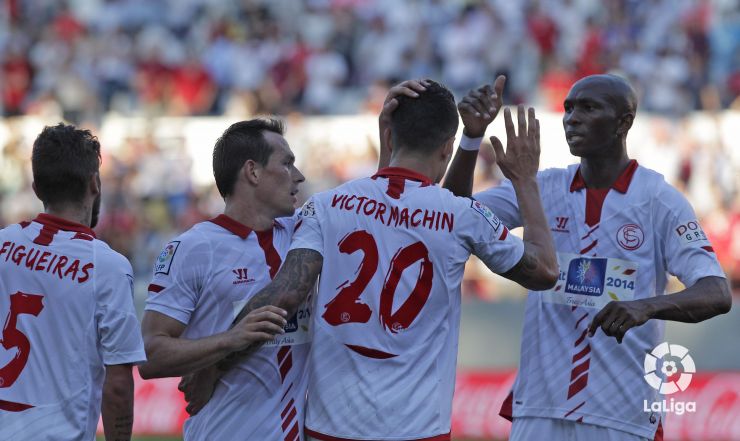 Sevilla close in on fourth place

The Andalusians beat Espanyol 4-1 thanks to a Gameiro brace and goals from Rakitić and M'bia.

Sevilla won 4-1 against Espanyol on matchday 32 of the Liga BBVA to move within touching distance of fourth spot in the league, a position currently occupied by Athletic Club, who play Monday night. A Kevin Gameiro brace, as well as goals from Stephane M'bia and Iván Rakitić ensured all three points stayed in the Ramón Sánchez Pizjuán.

Espanyol started of the brightest and kept the Sevilla defence busy during the opening encounters. However, the away side could only sustain that level of presser for a few minutes and it was the Andalusians who took the lead through Stephane M’Bia, who headed in from a corner to put his side ahead. Gameiro got a second just before the half time whistle to give Unai Emery’s side a comfortable lead.

Espanyol started the second half full of vigour and it was the Catalans’ captain, Sergio García, who shortened the gap from the penalty spot, after Christian Stuani was taken down by Federico Fazio in the box. The away side did their best to take a point back from the Andalusian capital, but Sevilla killed off the game thanks to Gameiro and Rakitić.