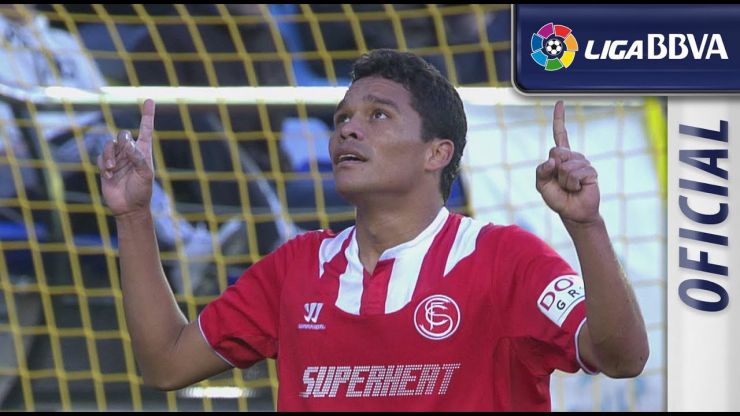 Goals from Cala and Bacca gave the side from Andalusia the win. Perbet halved the deficit, but it wasn’t enough as his side succumbed 1-2.

Sevilla FC defeated Villarreal CF 1-2 in the 17th round of Liga BBVA fixtures. The Yellows have now lost two games on the spin, whilst the visitors carry on their winning ways, collecting 13 points from the last 15 available.

In an intense first half, it was the home side who had the majority of the possession, even if the clearest opportunities fell to the visitors, who also looked well disciplined defensively. Juan Cala put Sevilla ahead with a terrific header from an Ivan Rakitić free kick. For their part, Hernán Pérez and Jaume Costa asked questions of the Andalusian side, but they couldn’t stop Unai Emery’s men from going in ahead at the break.

Carlos Bacca made it 0-2 in the second half. After Musacchio missed a one on one, the Colombian didn’t give Sergio Asenjo a chance. Jérémy Perbet managed to halve the deficit from the penalty spot, however it wasn’t enough to stop Marcelino Garía Toral’s side from being defeated.