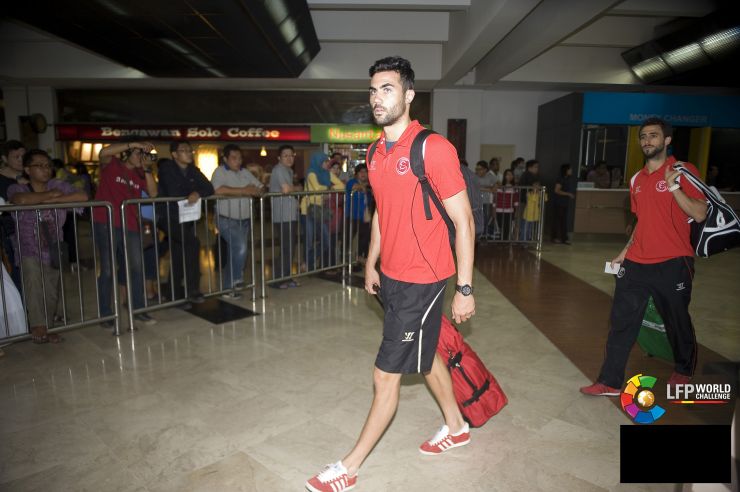 The Andalusian side’s squad has landed in Jakarta to take part in the first LFP World Challenge encounter.

Unai Emery’s players have arrived at Gran Meliá Jakarta, where they are currently resting. The Sevillistas have expressed their pride at being able to take part in an event like the LFP World Challenge, which not only contributes to the internationalisation of the Liga BBVA, but also promotes Spanish companies located in Asian countries. Nico Pareja, José Antonio Reyes and the player called up by Vicente del Bosque, Alberto Moreno, are some of the biggest names that have travelled to Jakarta with the team.

LFP World Challenge ambassador, Augosto César Lendoiro, has also accompanied Sevilla on their trip, and he said “Spain the brand, in addition to football, is shown by the national side, who are world and European champions, and by the big clubs in the Spanish league championship, including Sevilla FC, the reigning UEFA Europa League champions. They are all very important for Spain and the country’s economy”. Lendoiro was keen to advantage of the occasion to felicitate Sevilla FC for their Europa League triumph.

Tomorrow the players will take part in the first Spain Experience business meeting, which will take place at the hotel. After, they will train as they prepare for Thursday’s game against Pelita Bandung Raya. Pre-match, at 15:30 local time (10:30 in Spain), Unai Emery and a first team player will host a press conference.