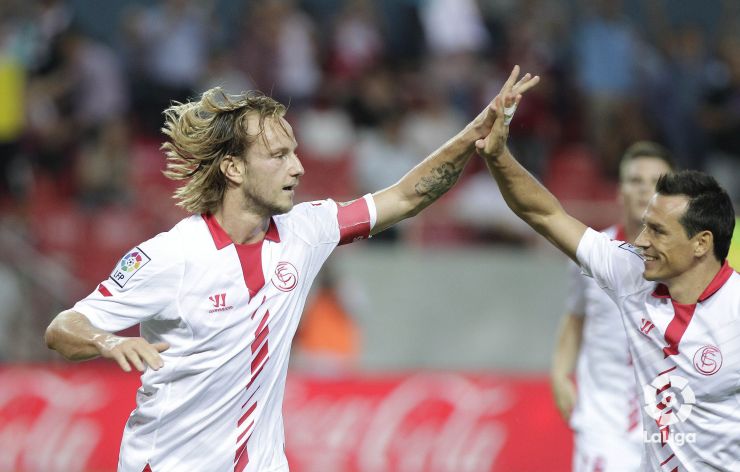 Sevilla are back on track

Having hit rock bottom, propping up the Liga BBVA table on matchday five, Unai Emery's team has its smile back with 20 points from the last 30 available.

A patchy start and a series of bad results hampered a team that was yet to get going in the Liga BBVA. Now, in eighth position and just one point away from the European spots, Sevilla FC has turned things around and can now set its sights higher.

Unai Emery's men have looked refreshed since the 22nd of September, the date on which, having sunk to the depths of last position,they began a series of ten matches in which they only lost two. While this highlights the fact that the first month of the season was one to forget, with three defeats and two draws in the first five matches, it is far outweighed by the run of 20 points from 30, with six victories that have convinced the players and fans alike that they can continue to progress.

Sevilla's solid system for the 2013/14 has slowly begun to establish itself and midfielders Jairo Sampeiro or 'Vitolo', and striker Carlos Bacca (the team's top goal-scorer together with Ivan Rakitić with seven goals) have been essential in changing the side's dynamic. The huge responsibility taken on by the captain Rakitić and his efforts on the pitch are another reason for the resurgence of the Andalusian outfit in the Liga BBVA.

In addition, Sevilla comes into its next match against Athletic Club in the hope of clinching its fourth consecutive win having beaten RCD Espanyol in its first away win of the season. It did the same to Real Betis Balompié, and to complete the triplet of victories it defeated Granada CF 1-2 away from home in the all-Andalusian clash in the Nuevo Los Cármenes.

Now, Sevilla, a team that is back to its best, simply hopes that its hot streak continues for the rest of the season.