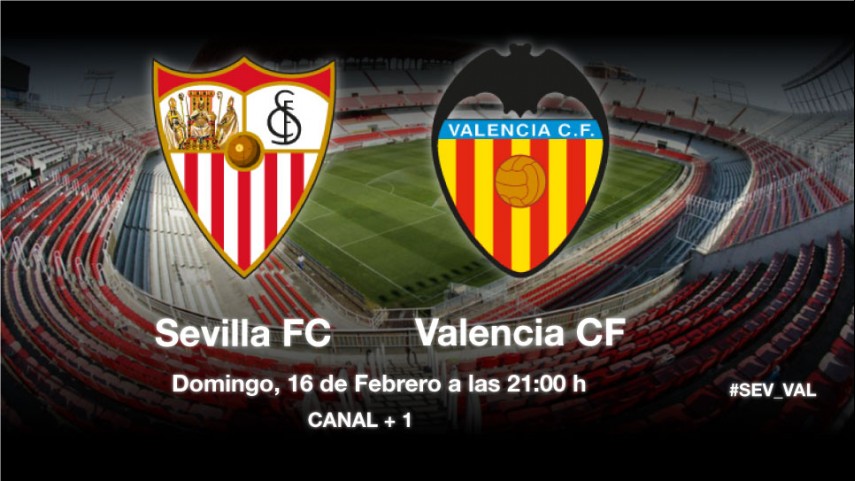 Sevilla and Valencia set their sights on Europe

Both teams will be looking to improve their results and pocket three points to join the fight for the European spots.

Sevilla FC host Valencia CF in the Ramón Sánchez-Pizjuán stadium on matchday 24 of the Liga BBVA. Level on 31 points, both teams will be bidding for a victory that would take them into the fight for Europe.

The home side will be looking to return to winning ways in front of its fans, as it has not picked up three points since the 5th of January. The good news for coach Unai Emery is the return of Coke having served his one-match ban. For the Basque manager the clash against the ché "is a very important match". "We are playing at home, where we have to be strong with the home support", stated Emery.

Valencia, for its part, will be travelling with a full arsenal, with the exception of Pablo Piatti who picked up a muscle injury in his right leg. Juan Antonio Pizzi, the side's manager, has confidence in his team despite being aware of the difficulty of the opponent: "We have to make the most of this match and continue looking forward".