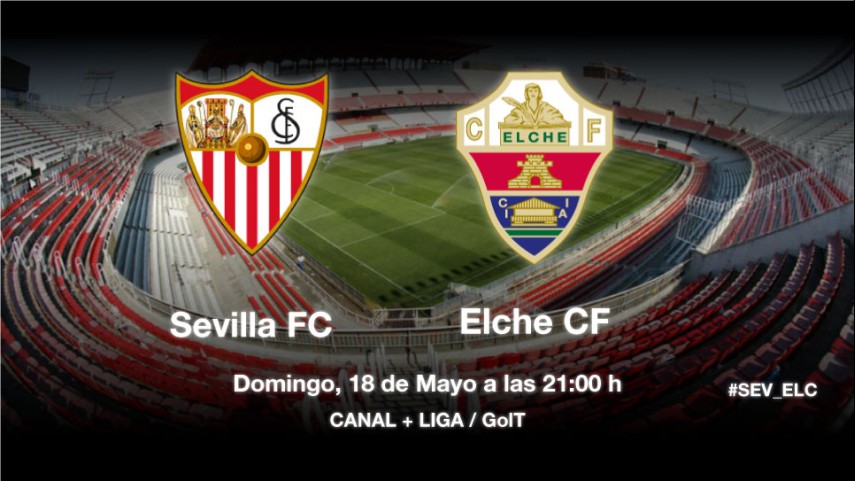 The newly crowned Europa League champions play host to Elche, who are now safe. Both sides will be looking to end the season on a positive note.

The Ramón Sánchez Pizjuán will be the setting for Sevilla FC’s last match of the 2013-14 Liga BBVA season, with Unai Emery’s side playing host to Elche CF, who have already secured their survival in the division, for matchday 38 of the league campaign.

The Andalusians will head into this clash with their confidence sky high having won the third Europa League title in the club’s history four days ago after beating Benfica. Now they will be looking to ensure a fifth-place finish in the table. "We want to hold onto the fifth spot, although by having won the Europa League we have already secured a place in the group stage. That aside, the plan is to close out the season with a good performance", Emery expressed.

Meanwhile, Elche will be without the suspended Alberto Botía for this encounter, and will travel to Seville with safety already secured, although with the intention of finishing on a positive note. "We are not just going there to fulfil our duty, instead we will treat it like as challenge to try and beat the Europa League champions", declared Escribá.