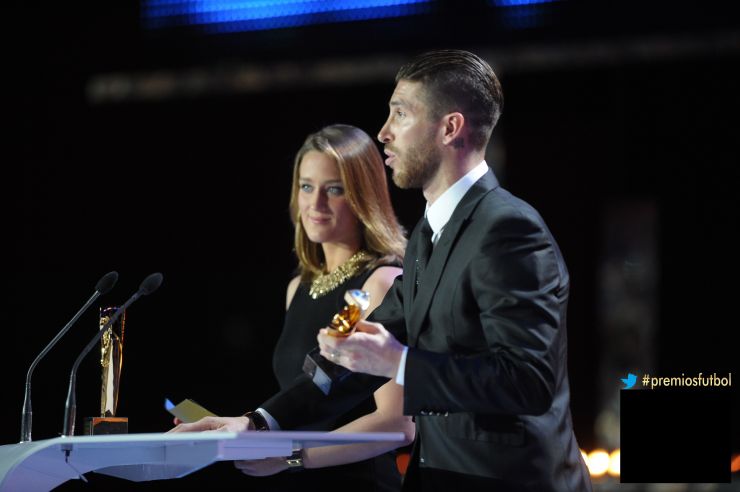 His leadership skills, power and versatility make him a worthy winner of the award.

Sergio Ramos is a stalwart in the Real Madrid back-line. His presence in the Whites' rear-guard is a guarantee of solid defending. This, among other virtues, made the centre-half the Best Liga BBVA Defender, beating Jordi Alba (FC Barcelona) and Iñigo Martínez (Real Sociedad de Fútbol) to the accolade.

"I would like to thank all my teammates for this award. Without teamwork the award would not be possible. I would also like to thank all the Madrid fans", explained the defender when he collected the accolade.

Last season, the player from Seville became one of his team's leaders. His strength and power in defending Real Madrid's goal led him to play 26 matches for his club in last season's Liga BBVA, scoring four goals thanks to his outstanding marksmanship and ability in the air.

Sergio Ramos' strength, quality and versatility make him a life insurance policy for his club and a nightmare for rival strikers. He is capable of plying his trade both as a centre-half and a right-back.

The player born in Camas (Seville) is now in his ninth season defending the shield of Real Madrid. During his time in the capital he has left his stamp of quality on more than 250 Liga BBVA matches. This year Ramos is, once again, proving to be one of the pillars of Carlo Ancelotti's side.