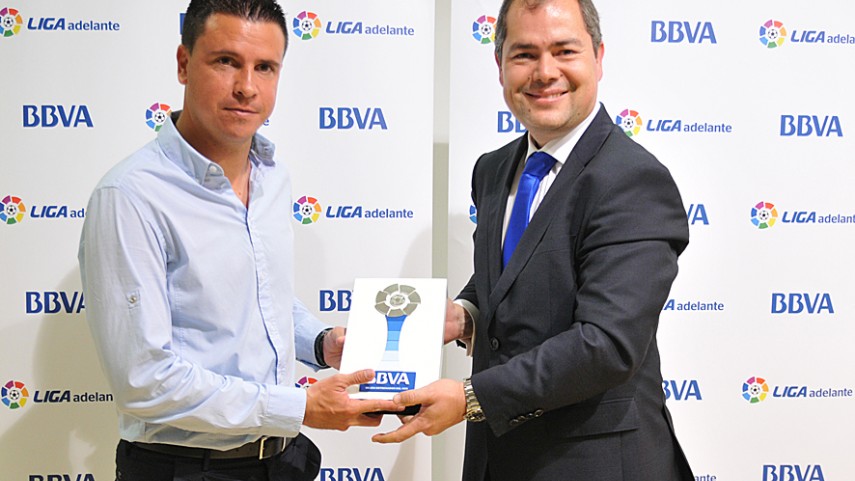 Sergio Lobera, manager of the month in Liga Adelante for March

The fantastic leadership of the Las Palmas manager during this month saw his side claim 13 from a possible 15 points.

Sergio Lobera, manager of UD Las Palmas, has been awarded the BBVA Prize for manager of the month in Liga Adelante for the month of March by the Liga de Fútbol Profesional’s main sponsor.

Despite being only 28, the Canarian led the side by example in March to take them up to fourth position in Liga Adelante. Las Palmas has improved throughout the season, and they now find themselves only four points off of second placed SD Eibar, and six from leaders RC Deportivo de La Coruña.

This is in no small part down to their manager. Despite drawing their first game of the month against CD Lugo, they won the rest of their games, allowing all Las Palmas fans to dream of promotion to Liga BBVA.

After drawing at the Estadio de Gran Canaria against the Galician side, the Canary Island outfit won four consecutive games against Córdoba CF (0-1), CE Sabadell FC (5-0), Real Murcia CF (1-3) and Real Sporting de Gijón (2-1). These final two games took on an extra importance as they’re direct rivals at the top of Liga Adelante.