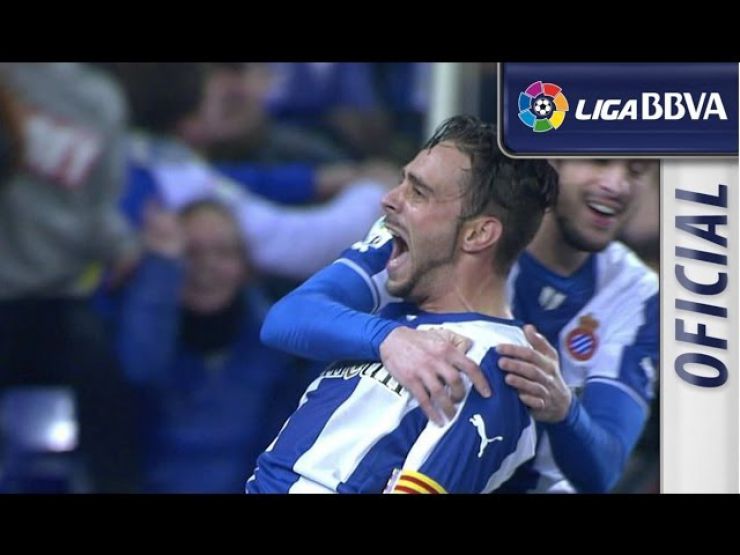 A goal from the striker in the 88th minute gave his team victory after a two-match drought against a Celta that managed to hold off the periquitos until the dying minutes of the match.

RCD Espanyol had to work hard for victory over RC Celta de Vigo in the Liga BBVA matchday 20 encounter. In a clash where equality ruled and few chances were created, Sergio García's clinical finishing brought the Catalonians three points.

The first half proved to be a very tight affair on the turf of the Cornellà-El Prat. Both teams went about the task in their own ways, but neither of them was able to break the deadlock between their attack and the opposition's defence. The best chance fell to Christian Stuani for Espanyol, but his finish was not up to scratch.

With coach Javier Aguirre banned from the Catalonian side's bench, the periquitos made several changes to their system in order to try and open up their midfield and overcome the pressure from Celta. However, Espanyol were not able to unpick Luis Enrique's game plan until, in the 88th minute, Sergio García cunningly found the winning goal, his eighth in the Liga BBVA, giving his team some of the hardest-won three points the fans will remember.