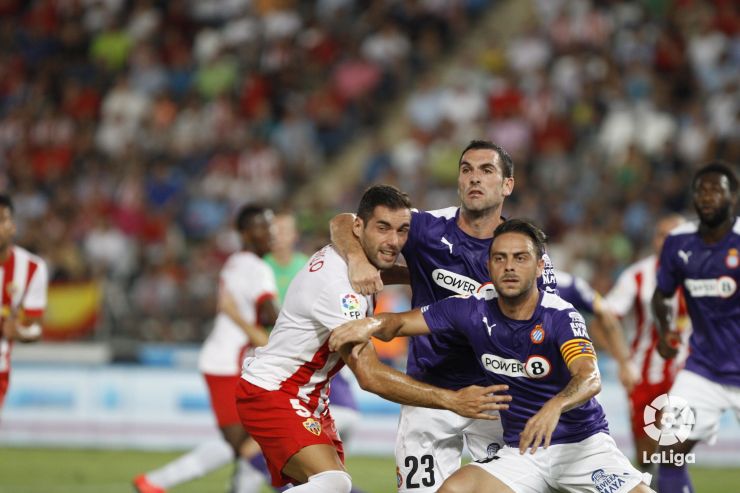 The visiting striker scored in injury time to cancel out Soriano’s goal for Almería.

UD Almería and RCD Espanyol brought to a close the Saturday session of matchday 1 of the Liga BBVA with a hard-fought 1-1 draw at the Juegos Mediterráneos Stadium.

After a bold start from both teams, there was chance after chance in the first 45 minutes. Both the home side and the visitors enjoyed opportunities to open the scoring, though the scoreboard remained on 0-0 at the end of the first half. First up it was striker Tomer Hemed who cleared a shot from Espanyol from under the posts that would have made it 0-1. The same player also came close to scoring the first goal of the game, but his strike crossed in front of goalkeeper Kiko Casilla.

With the encounter as open as it was in the early stages, Almería and Espanyol threw themselves at the opposing goal in search of the three points. Sergio González’s side were a man down after Anaitz Arbilla’s sending off in the first half, but until then it was as if they had not noticed. Fernando Soriano, with his ability to penetrate the box, masterfully finished off a counter-attack coordinated to perfection by Edgar Méndez to make it 1-0. Espanyol did not give up and they pressed until the last minute, when the experienced forward, Sergio García, after a good individual move, scored the goal that made it 1-1.