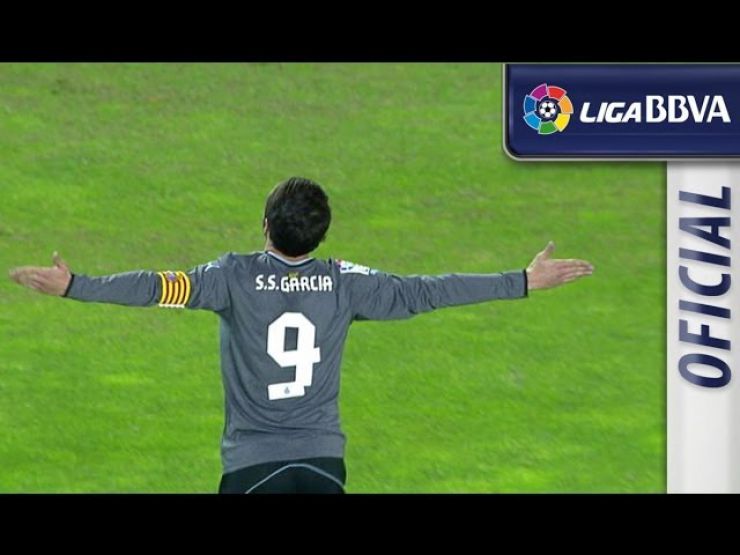 Three goals from the Catalan striker and another from Stuani put ten man Rayo to the sword.

Rayo Vallecano couldn’t make home advantage count against RCD Espanyol, losing three important points by a 1-4 scorline. Sergio García was the man of the match, scoring a hat trick for the Catalan outfit.

The game started evenly, until 25 minutes in when the Madrid side’s goalkeeper Rubén Martínez was sent off for bringing down Sergio García. The Espanyol striker put the ball away from the resulting spot kick, giving Rayo an uphill mountain with an hour to play.

Of course, Rayo didn’t give up, and tested out Kiko Casilla in the visitor’s goal before the break. However the second half started with another penalty for the visitors, Anaitz Arbilla bringing down Jhon Córdoba to allow García to grab his second.

Rayo’s perseverance and determination looked to have paid off as Saúl Ñíguez halved the deficit from a Roberto Trashorras corner. The joy was short-lived however, as Sergio García grabbed his third, whilst Stuani put the icing on the cake for the visitors to make it 1-4.