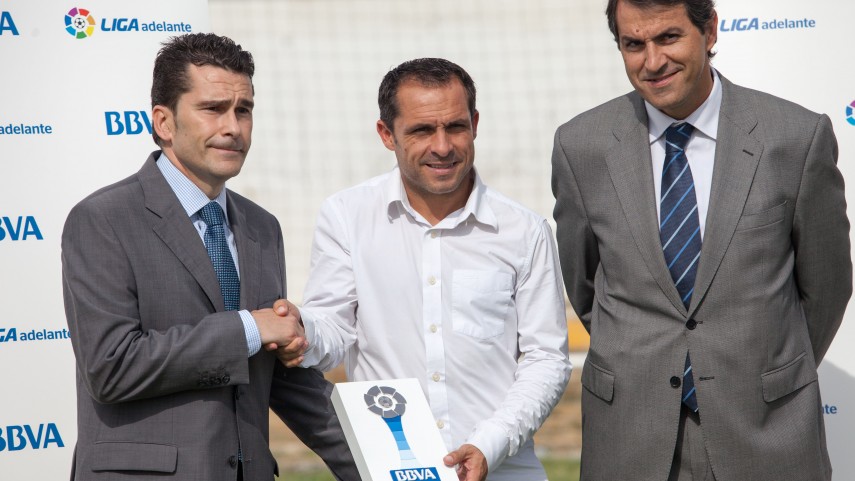 Sergi, Liga Adelante manager of the month for September

The manager of Recreativo, the current league leader, has been voted last month's best manager.

Sergi Barjuan has been honoured with the Liga Adelante manager of the month award for September by BBVA, the main sponsor of the Liga de Fútbol Profesional.

"Awards such as these are not just down to me, they are down to a whole dressing room and I believe that is our foundation at the moment. We all believe in our system and we are all on the same page", stated Huelva's coach after receiving the award.

The manager has taken his team, RC Recreativo de Huelva, to the top of the Liga Adelante, with a cushion of five points over second place team, Real Murcia CF, after the first ten matches. This is Sergi Barjuan's second season at the helm of the team. In his first, he finished the Liga Adelante in thirteenth place, but he has come flying out of the blocks this season with seven victories, two draws and one loss in his first ten ties, a record which he laid the foundations for in September, when Recre collected twelve of a possible 15 points.