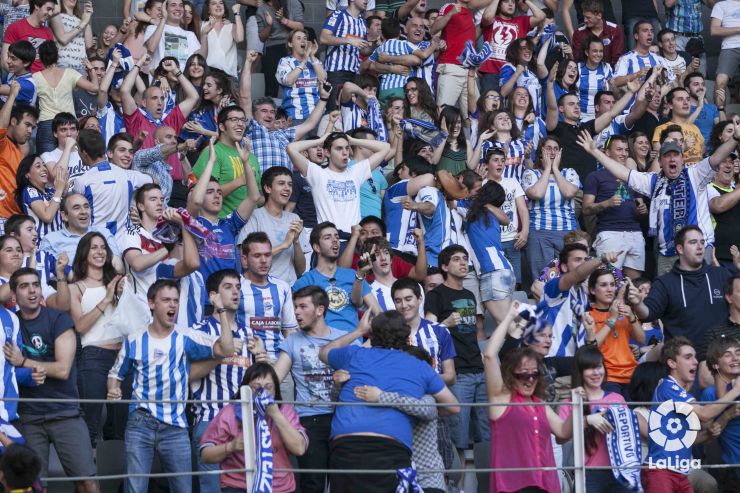 Season-ticket campaigns to get the juices flowing

We take a look at the best ideas presented by the Liga BBVA and Liga Adelante clubs to fill their stands.

The magic of football does not take holidays, as thousands of season-ticket holders at Spanish clubs are showing by renewing their Liga BBVA and La Liga Adelante tickets for next season.

The 42 clubs that make up the Liga de Fútbol Profesional have been busy preparing their season-ticket campaigns in order to ensure another season of loyalty and joy in the stands of their stadiums.

The lighter side of SD Ponferradina and UD Almería

Wit and emotions are often the best way to get the fans’ attention and on this occasion, the most talked about offering has been that of SD Ponferradina. Their slogan "Being the mother of a future member ensures the future of our species" has aroused the curiosity of thousands of fans.

The same is true of UD Almería, who bring together football, cuisine and the success of the latest television hit, 'MasterChef', to grab the attention of the supporters. "We need to create a top-flight menu. It will need the following special ingredients, but most important of all, it needs you".

The desire of Las Palmas

UD Las Palmas calls upon its fans for next season with a shout of "We are more". An emotional but simple video summarises the Canary Island team’s late season and invites their fans to come back and fight for the Liga BBVA.

Elche CF take a look back at the team’s best moments last season and asks their home fans to "come back and experience more".

Rayo Vallecano of Madrid, for its part, focuses on hope from the point of view of several fans of the club. Workers from the Vallecas borough show their feelings about the team in a video that is a little over one minute long.

Granada CF has also produced a video of its fans talking about the excitement and joy of the Andalusian team’s final-game victory to stay in the Liga BBVA and possible success in the future. "Yes, we could!", chant the fans in the new ad.

Reduction of prices, special offers and family packages. These are just a few of the numerous ideas that Liga BBVA and Liga Adelante clubs have come up with in order to freeze prices and fill their stadiums.

Levante UD has an all-inclusive offer of the Liga BBVA and cup for the price of one. And Villarreal CF, for its part, rewards membership loyalty and regular stadium attendance throughout the season with a 10 per cent discount. In the Liga Adelante, Deportivo Alavés will be maintaining its prices from last year in order to attract more season-ticket holders.