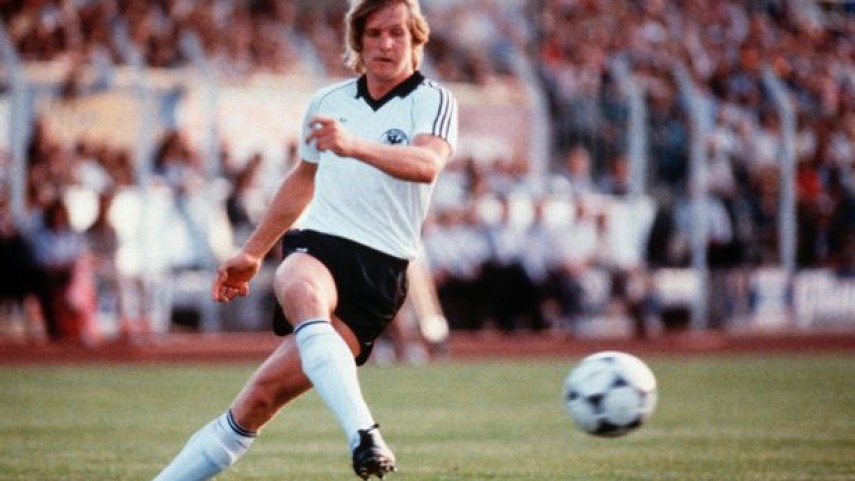 Schuster, the player who turned down his national team for his family

The German refused to play a friendly with the 'Mannschaft' in 1983 because of the birth of his third child. He never returned to the side.

At 20 years of age, Bernhard Schuster was already of key member of the 'Mannschaft'. The player from Augsburg was the star of West Germany’s victory in Euro 1980, but he was unable to play in the 1982 FIFA World Cup due to a serious injury. A year later, he rejected a return to the side in a friendly against Albania because of the birth of his third child. The move forever alienated him from the side that won Italia '90.

The 'Blond angel', as he was known, started his career as a sweeper but ended up donning the number 6 shirt. Schuster pulled the strings from the centre of the pitch, organising, commanding and leading. His trademarks were, without doubt, his beautiful long passes and unforgettable shots.

After 14 years in Germany, his football career moved west in 1980, when he made the switch to the Liga BBVA and Helenio Herrera's FC Barcelona. With the Catalan outfit he won one Liga BBVA, three Copa del Reys and a Supercup of Spain; on an individual level he won the Bronze Ball in 1981 and 1985.

In 1988, Schuster decided to take the short flight to the Santiago Bernabéu. At Real Madrid CF he coincided with the golden generation of the Quinta del Buitre, and was also a member of the Liga BBVA's highest scoring team at the time, with 107 goals, a record that was only broken in the 2011/12 season, by Real Madrid again, with 121 goals.

After two seasons with the Whites in which he won two Ligas, one Copa del Rey and one Supercup of Spain, Schuster decided to sign for Club Atlético de Madrid. Three years later he would return to Germany to join TSV Bayer 04 Leverkusen. In 1997 he retired from professional football while at Club Universidad Nacional A. C. in Mexico.

In the same year he took his coaching qualifications, as in his playing career, the German started his time as a manager in his home country, although he would soon return to Spain to manage Xerez CD. He was close to promotion to the Liga BBVA with the Andalusian side.

After a brief spell with FC Shakhtar Donetsk, he returned to the Liga BBVA to occupy the bench at Levante UD, the side was relegated.  He spent the following two seasons coaching Getafe CF. He recorded the Azulones' best ever league finish and reached the final of the Copa del Rey in 2007.

His encouraging results at Getafe opened the doors to Real Madrid. He arrived in the capital as a replacement for Fabio Capello and he won the league in his first season there. In June 2011, Schuster embarked upon a venture in Turkey, where he took over the reins of Beşiktaş JK. But two years later he was back in Spain at the helm of Málaga CF, where he was tasked with equalling Manuel Pellegrini’s successful season.