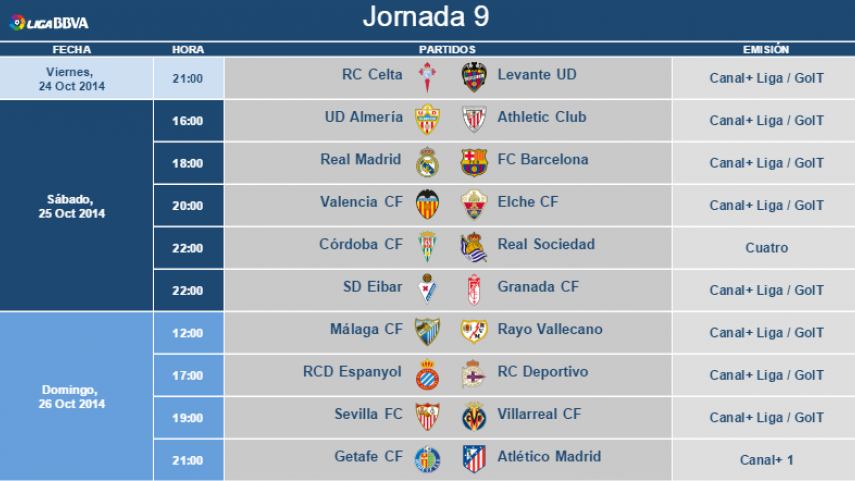 Schedule for matchday 9 of the Liga BBVA

The matchday will start on Friday 24 October at 9 pm with Celta - Levante.