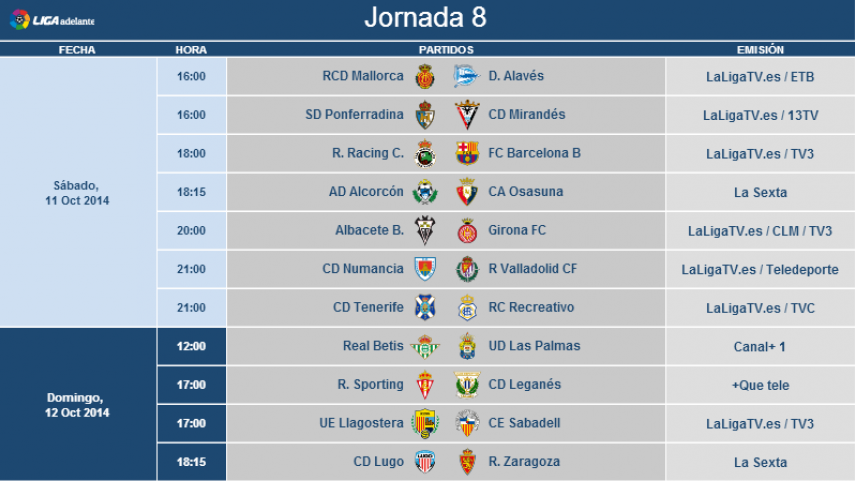 Schedule for matchday 8 of the Liga Adelante

The matchday will start on Saturday 11 October at 4 pm with Mallorca-Alavés and Ponferradina-Mirandés, and end on Sunday 12 with Lugo-Real Zaragoza.

The schedule for matchday seven of the 2014/15 Liga Adelante, to be played from Saturday 11 to Sunday 12 of October, has been announced.

The matchday will start with the clash between RCD Mallorca - Deportivo Alavés and SD Ponferradina - CD Mirandés at 4 pm. The matchday will end on the Sunday at 6.15 pm with one of the most thrilling encounters of the fixture list: the encounter between CD Lugo and Real Zaragoza.