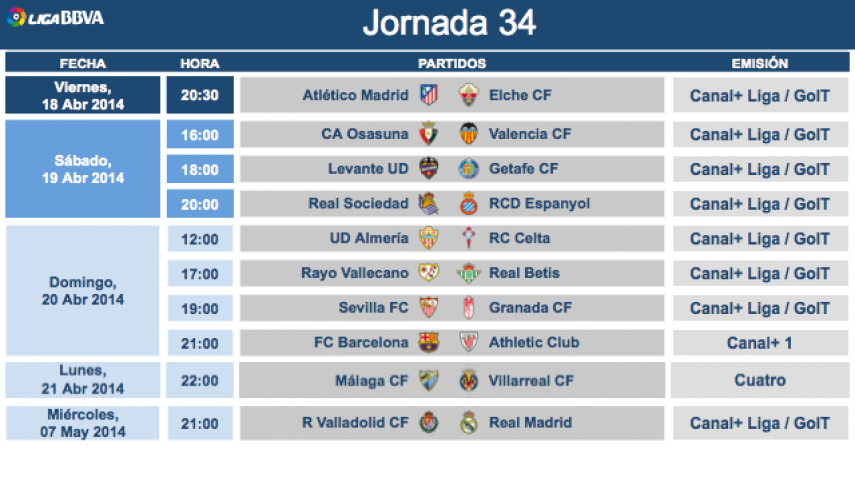 Schedule changes ahead of matchday 34 in the Liga BBVA

The meeting between Atlético and Elche will take place on Friday the 18th at 20:30, while Barcelona will take on Athletic on Sunday at 21:00.

The kick-off times for three of the games during matchday 34 of the Liga BBVA have undergone changes. Atlético Madrid will take on Elche on Friday the 18th of April at 20:30, while Barcelona will now meet Athletic Club on Sunday the 20th of April at 21:00. As well as that, the clash between Real Sociedad and Espanyol will now be played on Saturday the 19th of April at 20:00.

These changes come on the back of results during the quarterfinals of the UEFA Champions League.