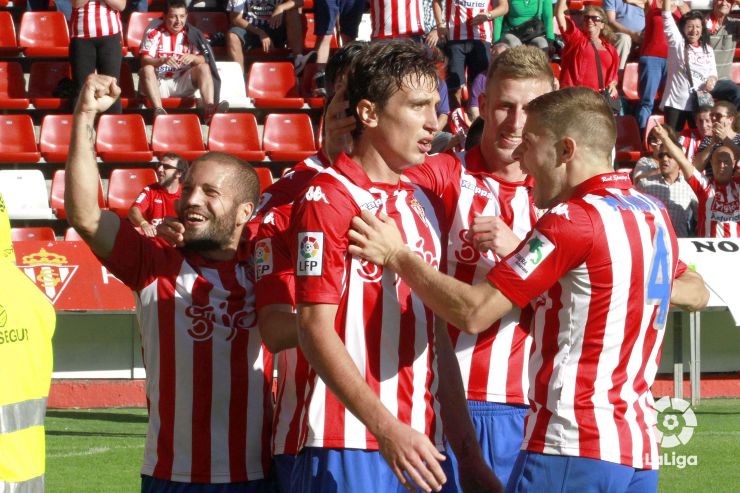 The Serbian striker has scored eight goals in seven Liga Adelante matches, equalling the records of players such as Messi and Diego Costa.

Serbian player Stefan Šćepović has taken to the Real Sporting de Gijón system like a duck to water. The player has scored eight goals in seven days in the Liga Adelante helping his team stay two points from the leader, RC Recreativo de Huelva.

The striker who arrived at the Asturias club this season on loan from FK Partizan, has only failed to score in one of the team's seven matches this season and is en route to beating his tally of14 goals from last year.

His performances for the team trained by José Ramón Sandoval earned him a call up for the Serbian national team for the international matches in October meaning he will miss the match against Real Jaén CF.

Despite his form at Gijón, the striker dodges compliments by stating that his achievements would not be possible without the help of his team. In his last match, the player bagged a hat-trick against SD Eibar and left the pitch to a standing ovation from the Molinón crowd.

Siniša Mihajlović's side will travel to Macedonia on the 15th of October for the team's last qualifier for the 2014 FIFA World Cup.