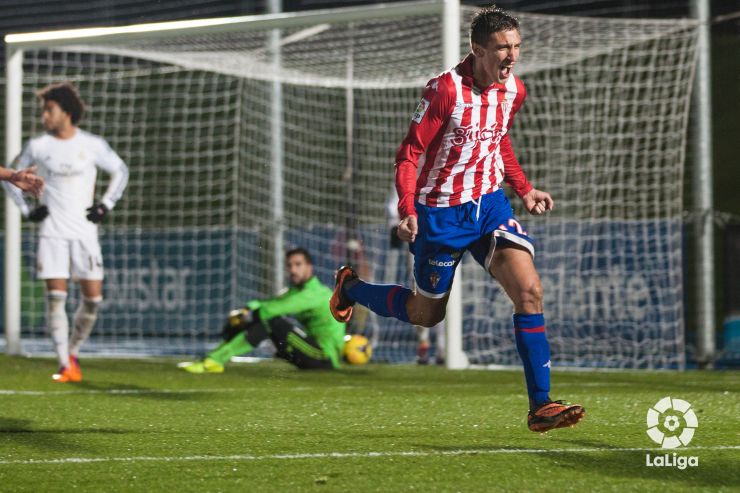 The Serbian striker is the Liga Adelante's top goal-scorer having found the net 16 times in 20 matches.

Stefan Šćepović is the new hero in the Estadio El Molinón. He has scored 16 times in 20 games in his first Liga Adelante season and helped put Real Sporting de Gijón at the top of the table. The Serbian striker is the division's top goal-scorer and has become one of this season's biggest names.

He came to Gijón last summer to join a skilful young squad whose goal at the start of the season was to reach the Liga BBVA and it did not take him long to win the hearts of the fans in the Molinón. Šćepović opened his account this season against Real Madrid Castilla in the first Liga Adelante match and went on to score five more in the next five matches, giving his team 11 pointsfrom a possible 15.

His eye for goal, his mobility up front and hisstamina strike fear into the hearts of his opponents. On matchday seven, the Serb bagged his first Liga Adelante hat-trick against SD Eibar (3-2). The striker has scored a handful of important goals that have helped the Asturian team reach the top of the table. His last came against the Madrid reserves and not only gave Sporting three points, it also sat them proudly atop the Liga Adelante.