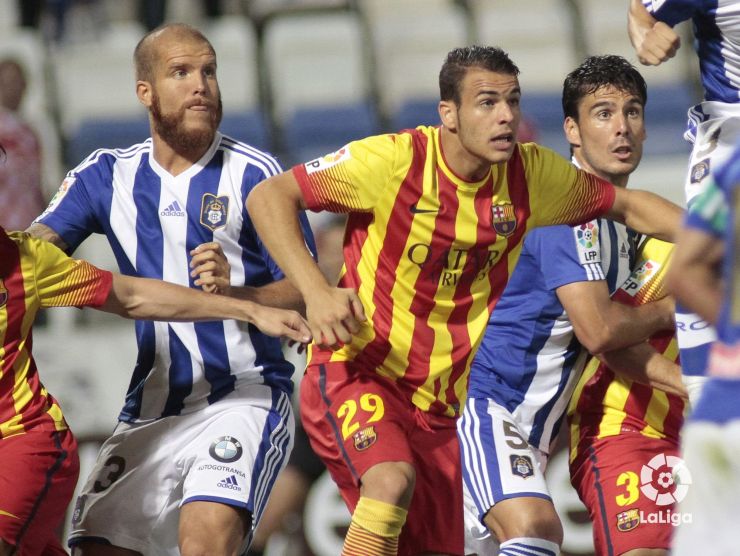 Sandro Ramírez out for two weeks

The Barcelona B striker will miss the matches against Numancia and Jaén due to an injury in his left thigh.

FC Barcelona B striker Sandro Ramírez, will be sidelined for two weeks after suffering a "grade I injury in the semitendinosus muscle in his left thigh" according to a statement from the Liga Adelante on its official website following the pertinent medical tests.

The player from the Canary Islands had to abandon Sunday's match against SD Eibar, which his team lost 0-2, after nineteen minutes, and will now miss the next two games against CD Numancia and Real Jaén CF.