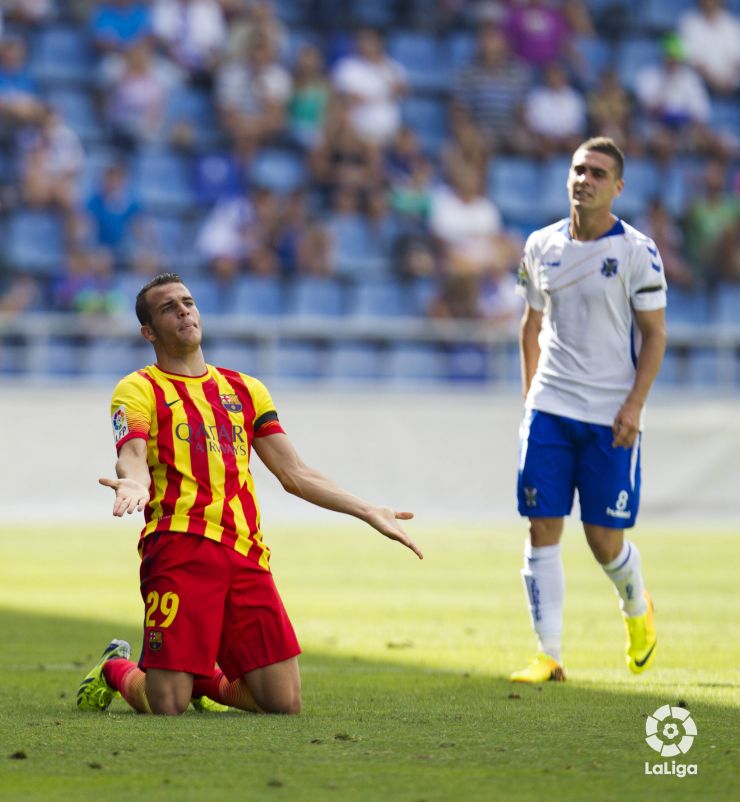 Sandro Ramírez out for three weeks

FC Barcelona’s Sandro Ramírez suffered a muscle injury in his left thigh, which means the forward will be out of action for an estimated three weeks.

It occurred in his side’s 1-2 win against Córdoba CF, with the player having only just come on as a substitute. Having taken the place of Arnaldo Sanabria, Ramírez had to then be replaced by Pol Calvet.

In principal, providing there are no further setbacks, the forward will miss the games against CE Sabadell FC, Real Murcia CF and Real Sporting de Gijón, meaning he won’t be seen on the field of play until his side take on AD Alcorcón in their first game of 2014.