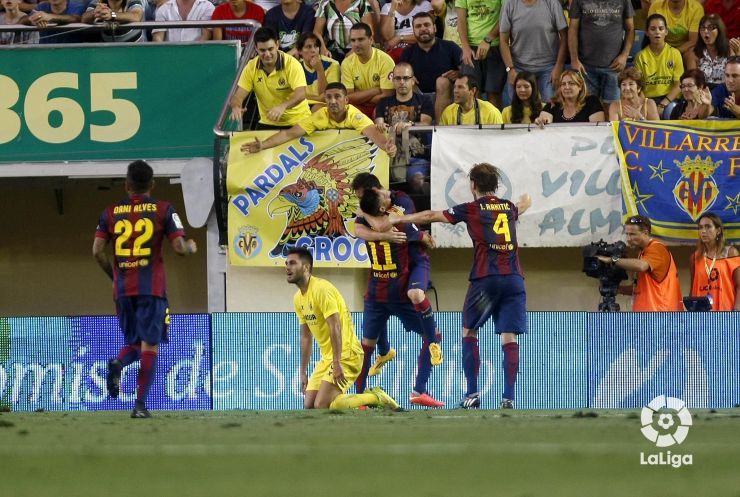 The Barcelona youth player scored the deciding goal of the match against Villarreal, and it proved enough to secure the three away points.

FC Barcelona got the job done against Villarreal CF as part of the Liga BBVA matchday 2 action. In a frenetic match, with plenty of shots on goal, Sandro Ramírez, a product of Barcelona's youth system, emerged as the hero with his single, deciding goal.

The Azulgrana dominated the first half. With their high tempo game, and constant pressure in the opposition half, they created the better chances, but were unable to make any of them count. Pedro Rodríguez and Lionel Messi failed to score from free-kicks. Víctor Ruiz had Villarreal's best chance, but shot wide of the far post.

After half time the game carried on at the same high intensity, with each side vying for the upper hand. But again it was Barcelona who began creating chances. Messi and Neymar, who was brought on from the bench, seemed most likely to make the breakthrough for the visiting side, while the Yellow Submarines' Tomás Pina hit the upright. And then up popped Messi, putting Sandro Ramírez through on goal for the decider in this very open game.