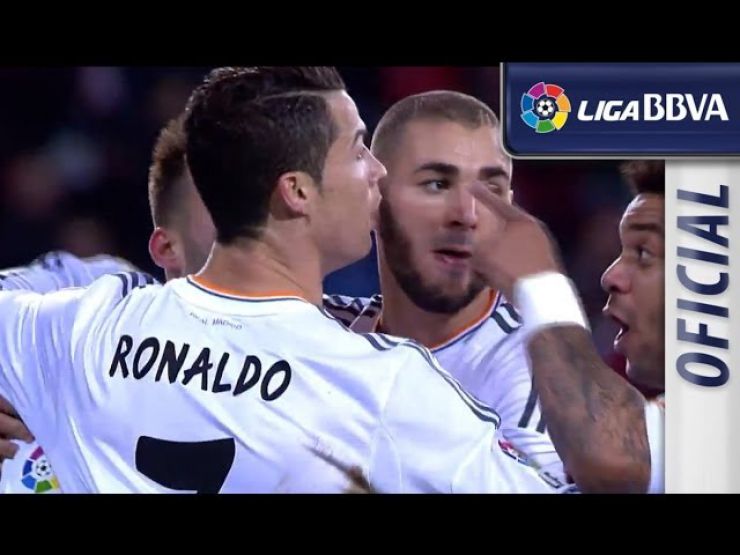 Athletic and Real Madrid drew one each in an intense match, a result which sees the side from the capital draw level on points with Barcelona.

Real Madrid CF and Athletic Club closed off the weekend’s football in round 22 of Liga BBVA with a 1-1 draw. Madrid, who conceded their first goal in 2014, finished the day in third place, level on points with FC Barcelona. Athletic, for their part, continue undefeated at San Mamés this season.

The match was non-stop from the off at San Mamés. Intensity, rhythm, and opportunities for both sides told the story of a first half in which Athletic were looking to maintain their undefeated run and Real Madrid move up into second. Real were first out of the blocks, Cristiano Ronaldo letting fly with a left footed effort that went just wide within the first minute. Ernesto Valverde’s side replied through Artiz Aduriz, who had two opportunities to open the scoring, however the Madrid defensive line was not for being beaten.

Athletic gradually started to dominate, however they lacked a bit of luck in front of Diego Lopez’s goal. Real Madrid, despite not having the ball, created opportunities, and the first goal dually came. Cristiano capitalised on a defensive lapse, teeing up Jesé Rodríguez to put the visitors in front. 10 minutes later Ibai Gómez, playing his 100th game for the Basque outfit, levelled the scores.

The final 15 minutes of the game were full of tension. Real Madrid, down to ten men thanks to Ronaldo’s red card, and Athletic maintained the frenetic rhythm until the final minute. With Diego López producing an outstanding save to deny Ibai a second, and a great bit of individual play from Beñat Etxebarria, the game finished all square.