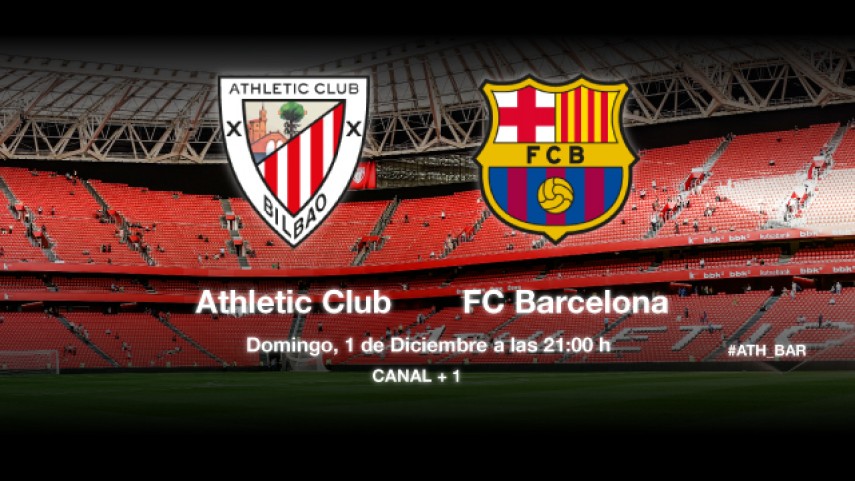 Athletic will attempt to defend its unbeaten home record against a Barcelona who have only given away one point from the first 14 matches.

Athletic Club hosts FC Barcelona in the Estadio de San Mamés in what promises to be a passionate clash on the fifteenth matchday of the Liga BBVA.

In one of Sunday's most eagerly-awaited matches, Barcelona visit a San Mamés in which no away team has won. Athletic will be attempting to keep their streak alive without Aritz Aduriz. Ernesto Valverde, who made his coaching debut against the azulgranas, highlighted in the pre-match press conference the importance of his team taking their chances: "We will be trying to take ball from them when they have it and to make the most of our possession", stated the home manager.

For their part, Barcelona will make the trip to Bilbao without Carles Puyol, who picked up a knock to his knee in the last training session, and Dani Alves. The good news for Barça is the return of Adriano, who has fully recovered from his injury. In the press conference Gerardo Martino said that he expects "an aggressive opponent who play attacking football". According to 'Tata' "Athletic is a very tough opponent, littered with very good and technically gifted players".