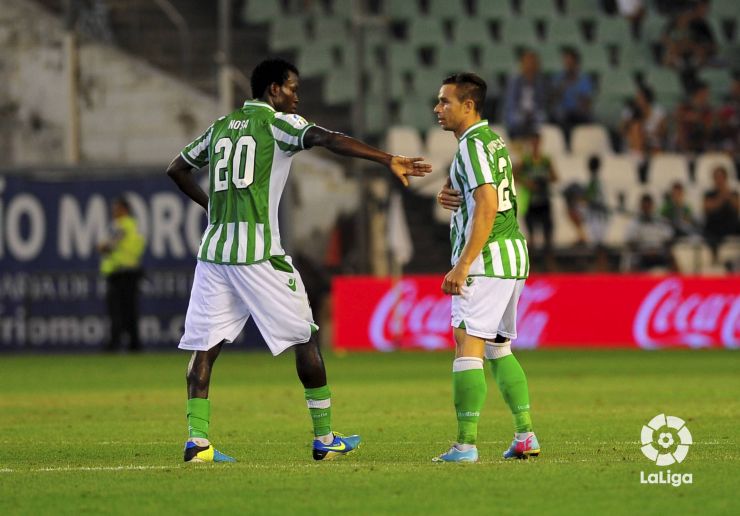 The Betis forward has returned to the Catalonian city to continue with treatment first delivered last week.

Real Betis Balompié striker Rubén Castro has been unable to resume normal training due to continued problems with his back, a problem that has affected him since preseason.

Castro, top scorer for Betis in each of the last three seasons, has only been able to take to the field for a few minutes in Liga BBVA this season - against RC Celta de Vigo - and despite being included in the UEFA Europa League squad, he was unable to take any part in the match against Olympique Lyonnais, and also missed the draw at home to Granada CF last weekend.

Rubén Castro went to Barcelona last week to receive treatment, and on Monday returned to Catalonia to continue with his recovery. The side from Andalusia will fly to Bilbao this Wednesdaty ahead of Thursday’s clash against Athletic Club at San Mamés in the sixth round of fixtures. Betis currently sit 12th in Liga BBVA, having taken five points from their first five games.