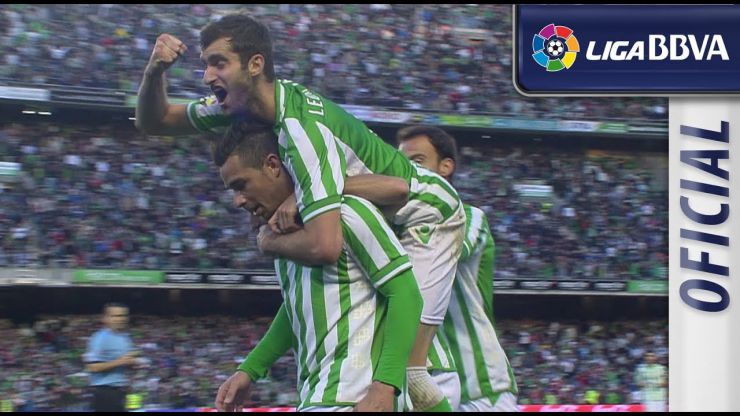 Rubén Castro breathes life back in to Betis

A double from the forward was enough to see off Espanyol and give hope to the Andalusian side’s battle against relegation.

Real Betis Balompié took the three points at the Benito Villamarín thanks to a Rubén Castro brace. They will now start to believe that they can stay up after beating RCD Espanyol 2-0 in the 22nd round of Liga BBVA games.

Betis’ new signing Alfred N'Diaye was heavily involved in the first half. He was alert and played his part in all of the team’s moves. Even though Javier Aguirre’s side looked the stronger in the opening minutes, it was the Andalusians who had the best opportunities, all of which came down the right hand side. Salva Sevilla and Rubén Castro caused trouble for Kiko Casilla, however they were unable to find a way past the visitor’s keeper.

After the break, Betis looked stronger and played some of the best football they’ve produced all season in Liga BBVA. They pressed and pressed, putting the Espanyol defence under siege, and it was Rubén Castro who put the smile back on the Andalusian’s faces 15 games after their last victory, allowing them to believe that they might be able to stay up this season.