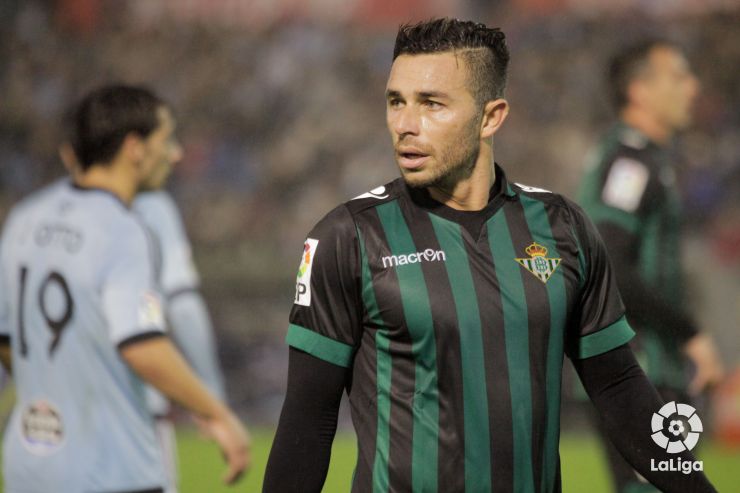 Rubén Castro, back when they need him most

The striker has rediscovered his eye for goal, finding the net four times in the last two games.

Rubén Castro is back to his best. His two goals against RCD Espanyol not only gave Real Betis Balompié three points that are vital to the team's hopes of staying up, they also confirm the return of the forward just at the right time in the season.

After a first half of the season plagued with injuries, the Canary Islander has his shooting boots back. Rubén Castro has been scoring for fun in the last two matches, with two braces on the trot against RC Celta de Vigo and RCD Espanyol, contributing to Betis' third victory of the season.

It was against the Galician side that Rubén Castro reacquainted himself with the goal, after an entire round of matches without scoring (his only other goal this season came in the first clash against Celta). Although Betis eventually lost the game, the return of Castro provided a ray of hope for Betis fans. Delighted with his individual performance and excited about his team's three points, the striker recognised that the match against Espanyol "was our last hope of staying alive and the team were up to the task".

His figures from previous campaigns are the reflection of a Rubén Castro who was no certainly stranger to scoring. Last season he was Betis' top striker. With 18 goals in the Liga BBVA, the player was one of the architects of the Andalusian team's qualification for the UEFA Europa League. After what proved to be a complicated start to the season for the player, with an injury that sidelined him for a few months and having to undergo surgery, he gradually rebuilt his confidence until finding the net on matchday 21 of the Liga BBVA.